These past few years, I've really tried to make it to NYC during the Christmas season each year because a.)  I love it there so much and b.) I'm a crazy fan of Christmas and all things festive.

I'm very nostalgic about Christmas and it's my favorite holiday.  I could care less about the gift-giving  part of things as that part stresses me out, but I love everything else about it.

Earlier in the month, my twin sister asked me if I wanted to join her on a work trip during the middle of the week to NYC and of course, I jumped at the opportunity!   Now that the girls are older, I have much less "Mom-guilt" about taking more time for myself. :D

We stayed for 1 night at the New Yorker which is located in Mid-Manhattan, south of Times Square.
While she was doing some campus visits for her job, I was able to wander around on my own for a few hours at a time, which is something I haven't had the luxury to do in YEARS.

After I walked with her to her first campus, I was able to walk around the Bryant Park Winter Village.  I had never been there before, but I absolutely loved it!  I got a hot cider and spent the hour people-watching, browsing the cozy little shops and taking photos. 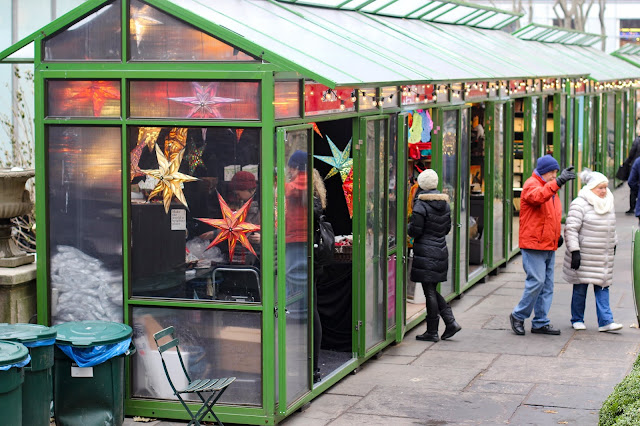 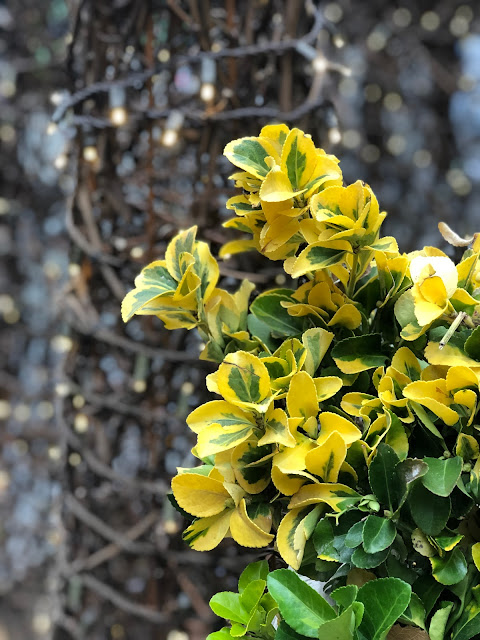 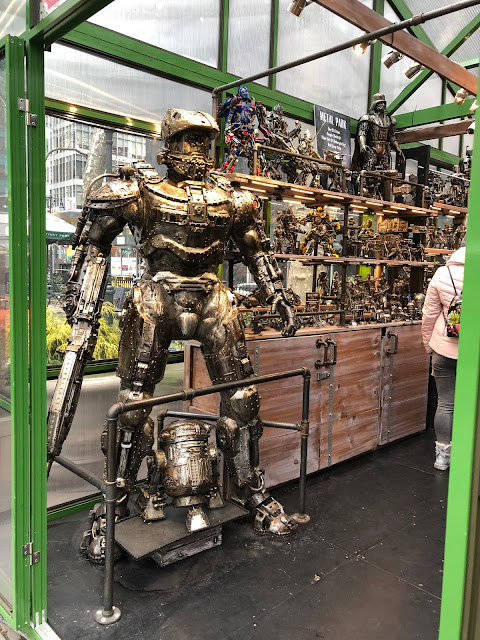 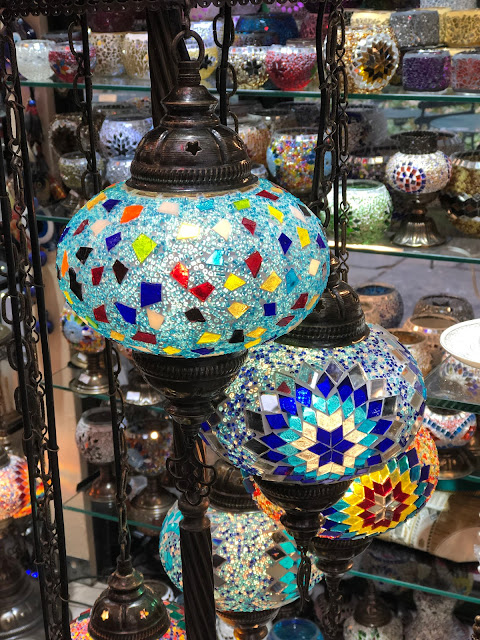 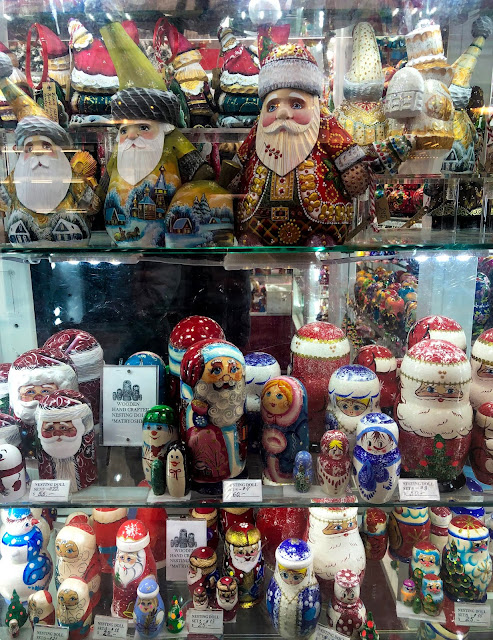 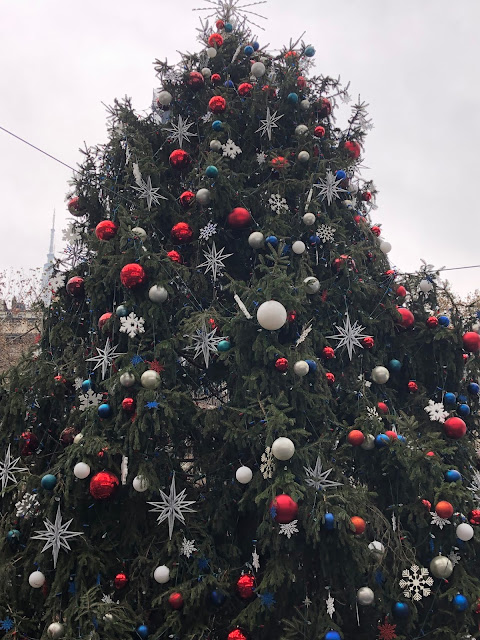 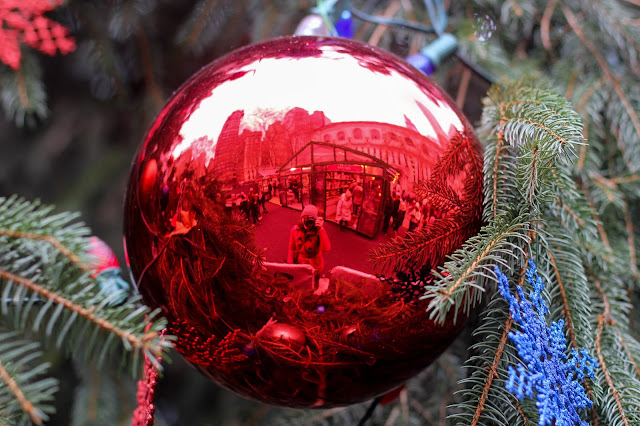 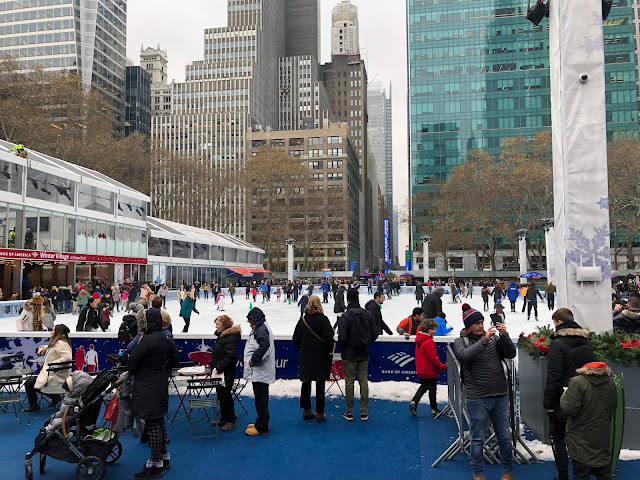 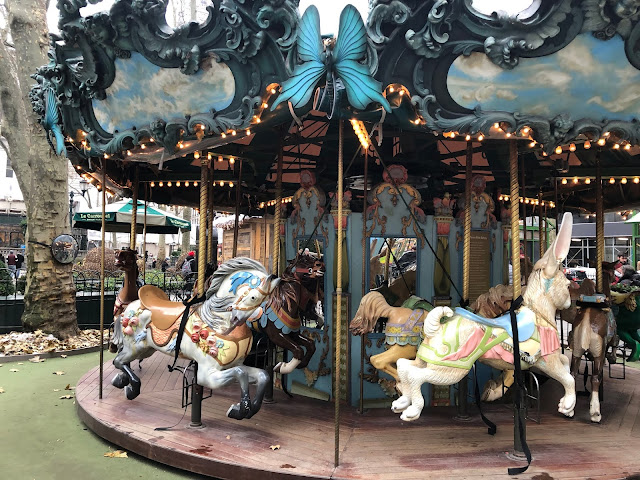 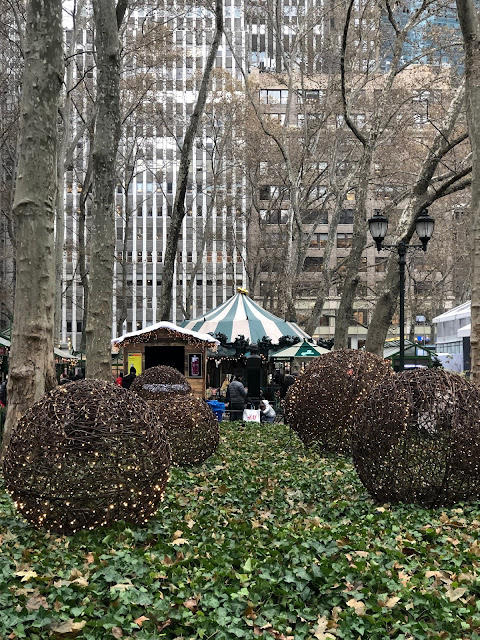 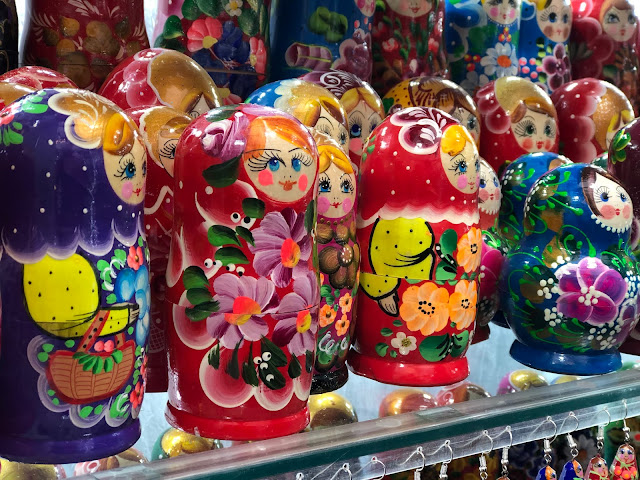 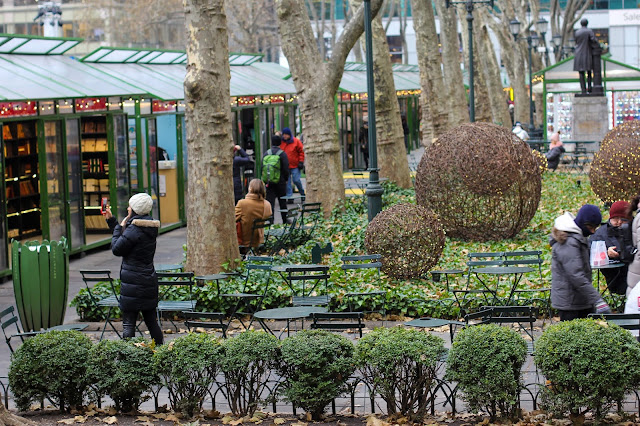 After my sister's meeting was over, we met up, had lunch in the park (wontons!) and then walked down to the St. James Theater on Broadway as we had tickets to see Frozen. 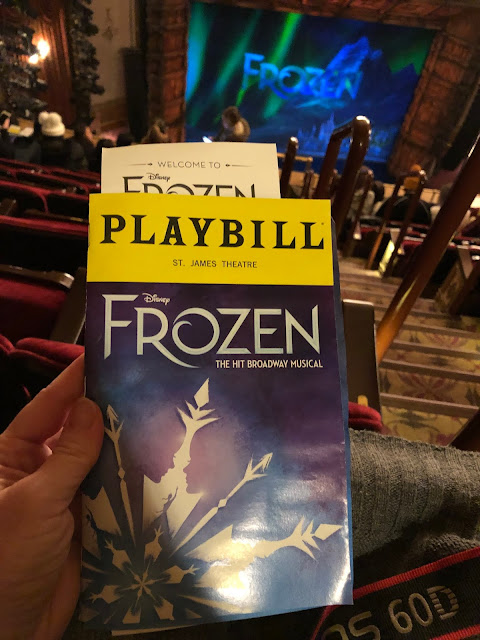 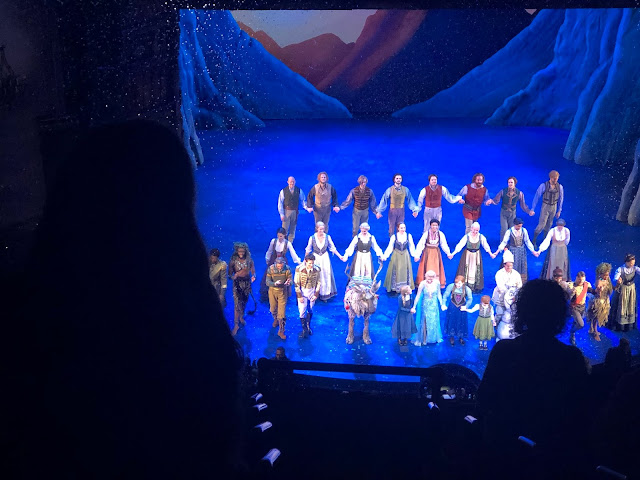 This was my second time seeing it and I loved it just as much as I did the first time.  What incredible singers!!  We kept looking at each other in awe, but then again it IS Broadway, so the amazing talent makes sense, haha.  There are so many more shows I would love to see!

After the show, we headed back to the hotel to relax for a bit, then trekked over to her 2nd meeting (which I tagged along to, lol) and then met up with some of her colleagues/work friends at a delicious and cozy sushi restaurant called Mira Sushi. 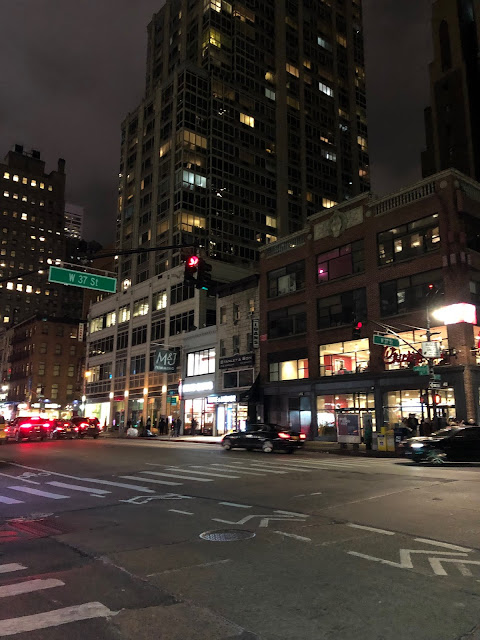 After dinner, we walked by the Christmas Windows at MACY's Herold Square.  This was my first time seeing these and they were amazing!
They were also filming a movie right in this area so that was pretty cool to see as well. :) 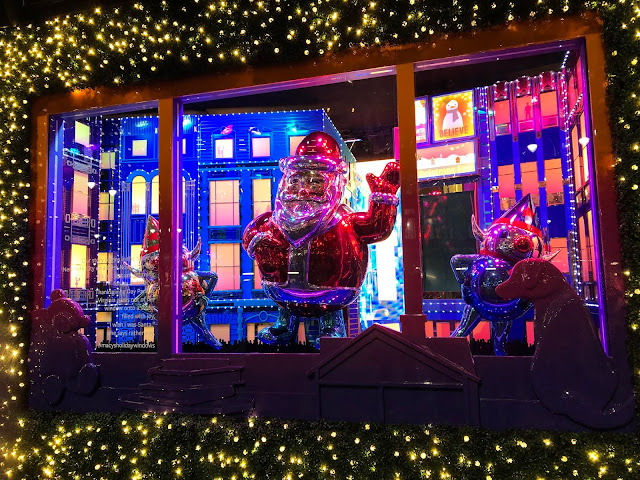 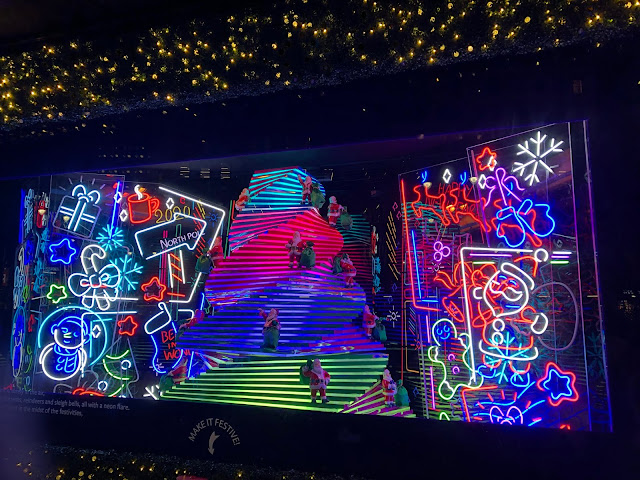 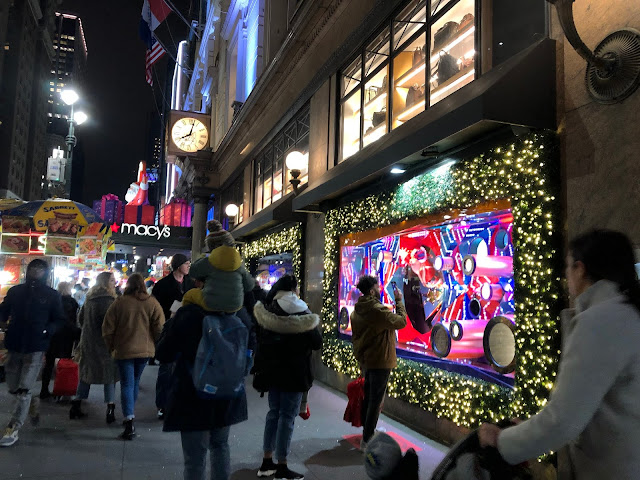 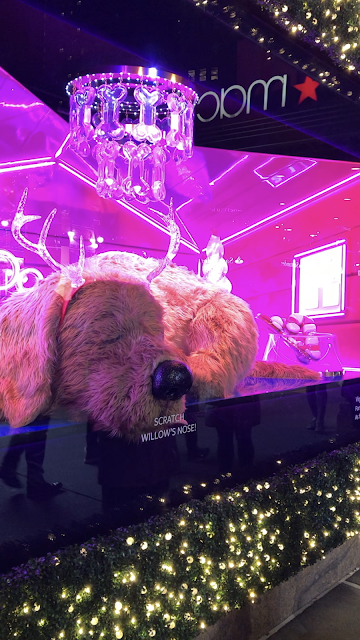 We then headed back to the hotel for a few minutes to regroup and although we were tired and it was getting late, we decided walk over to see the Rockefeller Christmas tree. 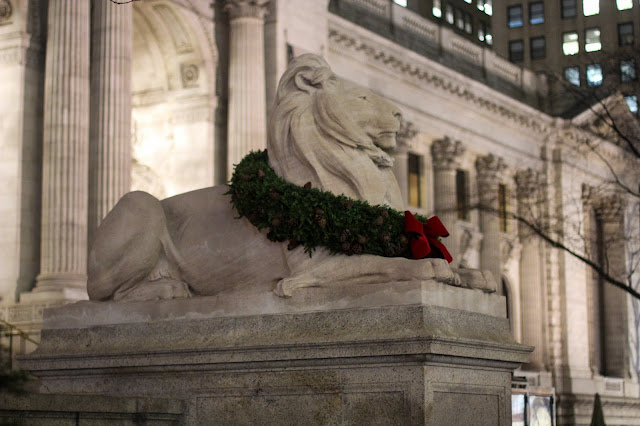 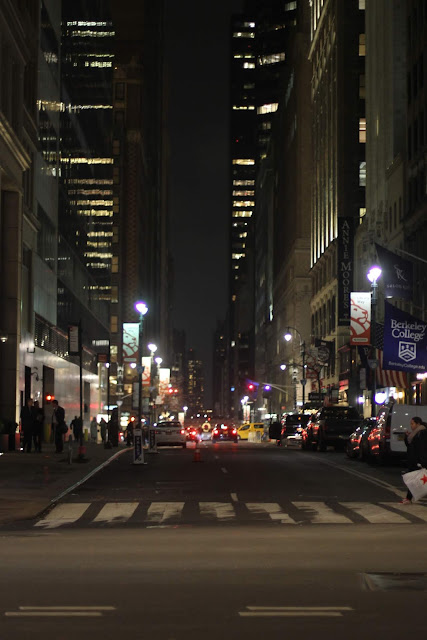 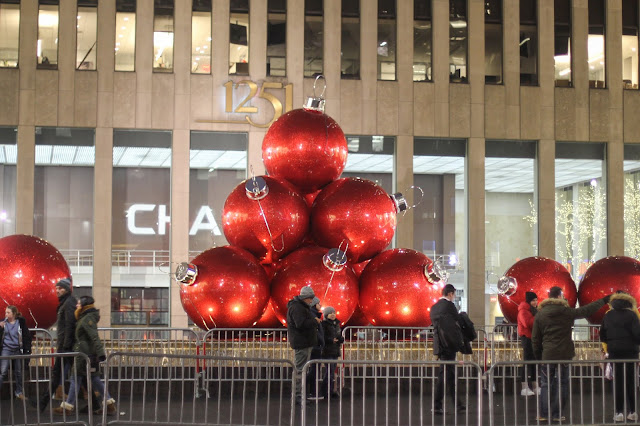 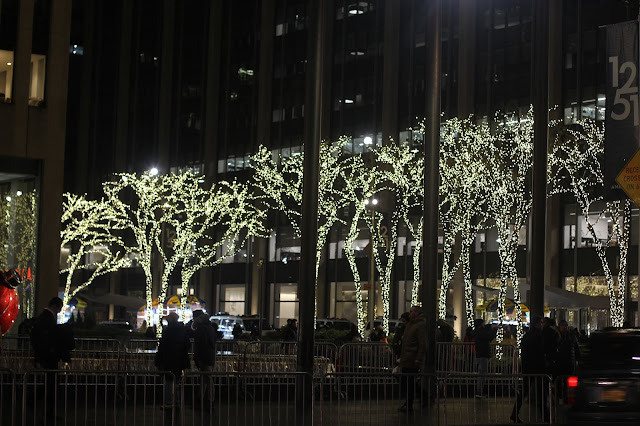 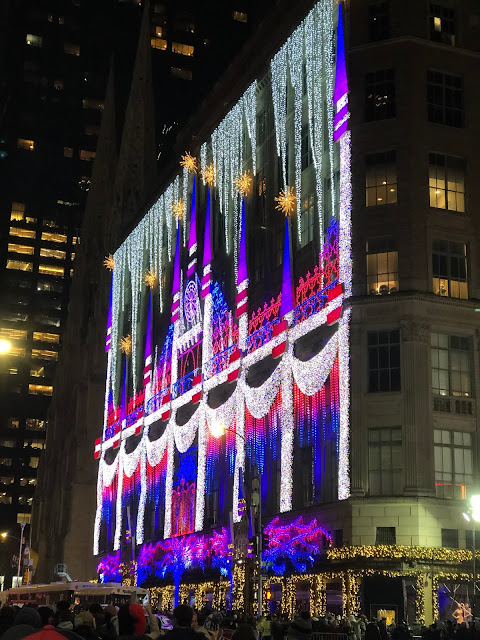 What we didn't realize was that it was the same night as the tree lighting ceremony.  As we got closer, we realized it would be impossible to get anywhere close and after going through security, all we could really see was a big screen they were broadcasting the performances on.  We could hear the music, but just couldn't see anything! 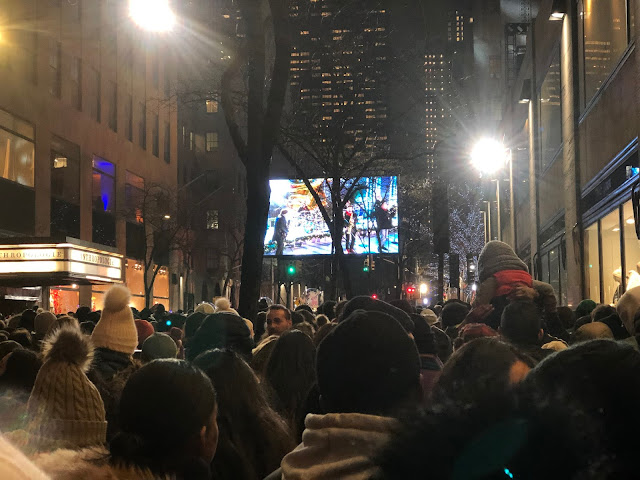 After that fiasco, we walked A LOT OF BLOCKS back to the hotel.  On the plus side, we got to walk through Times Square, which is always a feast for the eyes any time, day or night! 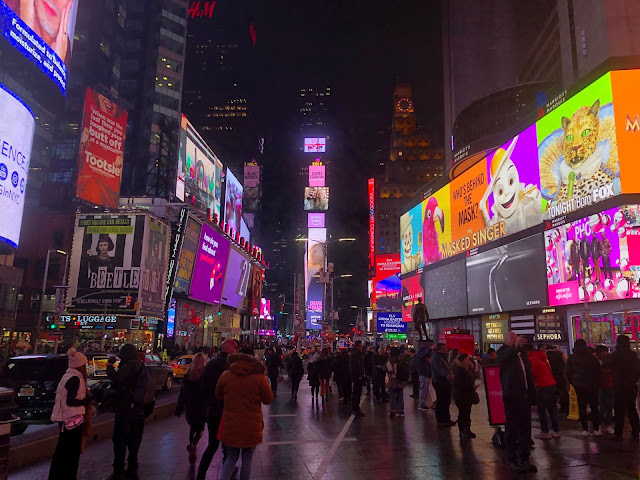 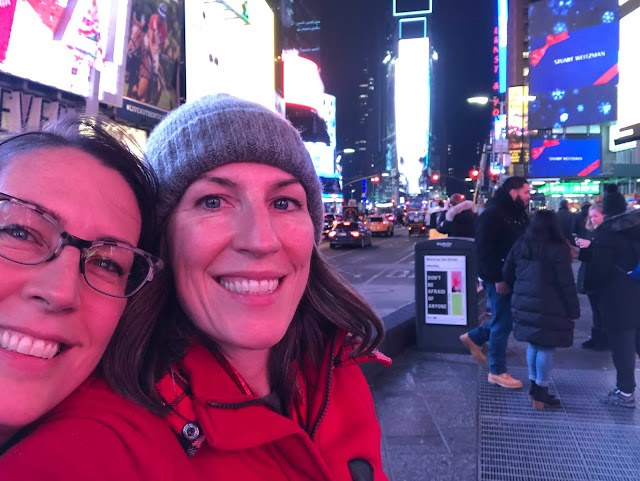 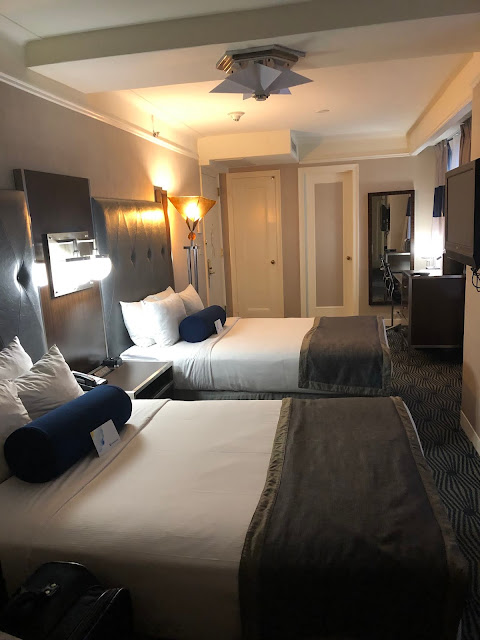 After all of that walking, we were pretty exhausted, but it was such a fun and festive time.
In the next post, I'll share some photos of our 2nd day before we had to head back home.

I hope you enjoyed the photos and have a great day!