Doll Room Update #3: Opening our Ever After High Collection 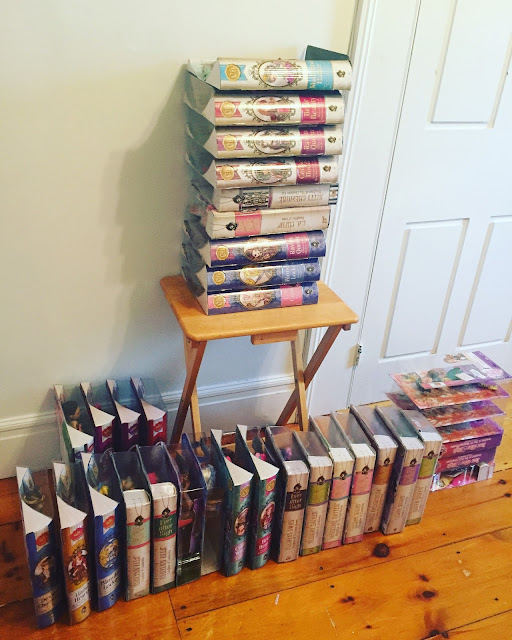 As most of you know, one of the challenges I was facing (that pretty much all collectors seem to face) is that feeling you get when you realize your collecting has turned a bit into "hoarding".  In some of my previous posts/videos, you would've seen some of that hoarding, lol.

This summer I set out to start un-boxing all of these dolls that I had been saving up to do reviews and photo shoots on because the reality is, I had gotten so far behind that I needed to just let go and open them because the reviews were never going to happen! 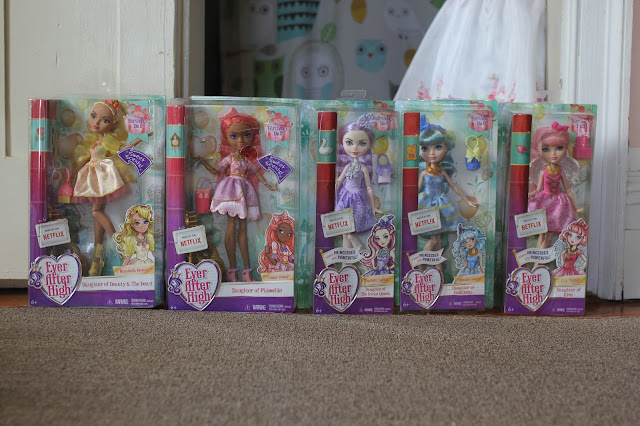 The first large group I decided to tackle was my Ever After High collection.  I'm sure most of you are familiar with this doll line as they were quite popular and I've already reviewed 1 or 2 of my EAH dolls here on the blog.  In reality, I have many more and we really just needed to open them!

First, I thought I would open of a group of dolls from the same line.
The first group I started with were these pastel beauties from the Birthday Ball line.  Two of these (the 2 on the left) were Target exclusives, I believe, and came with the extra bonus of being pleasantly scented.  The smaller three were found at both Target and Amazon (and probably other places as well, but those were the only places I bought mine from.) 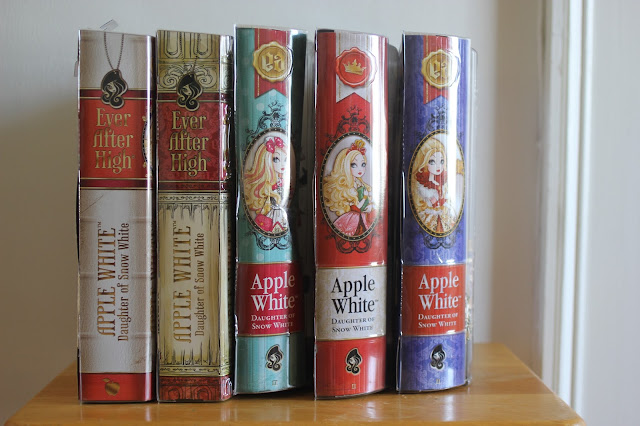 Next, I wanted to try opening a bunch of different lines of the same character.  I chose Apple White (naturally) and here are those lovely gals below.
I decided to keep the signature wave one doll (2nd from the right) in her box as I already had a double of her opened and I wanted to preserve her, at least for now. 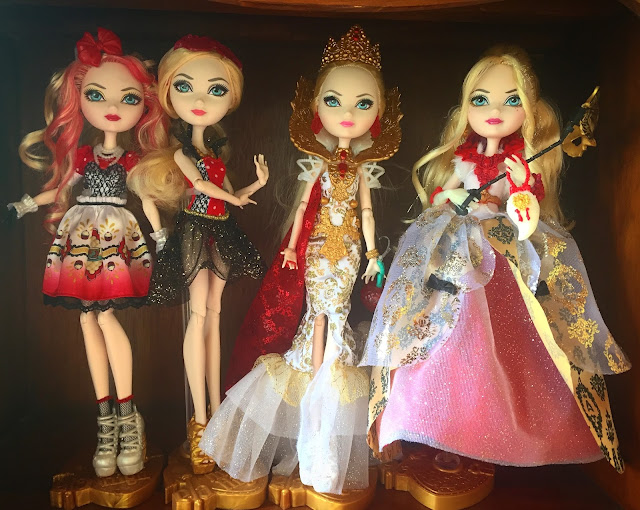 Hat-tastic Tea Party, Mirror Beach, Fairest of them All and Throne-coming. 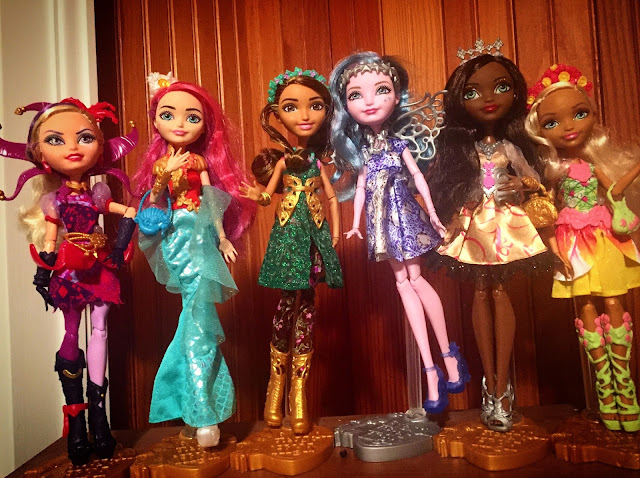 Next I opened some single characters from the more recent releases.  These were some of the last "quality" dolls that were released in my opinion.  These are all fully articulated and nicely detailed, but changes can be noticed, such as the smaller head size and lack of earrings or extra jewelry. 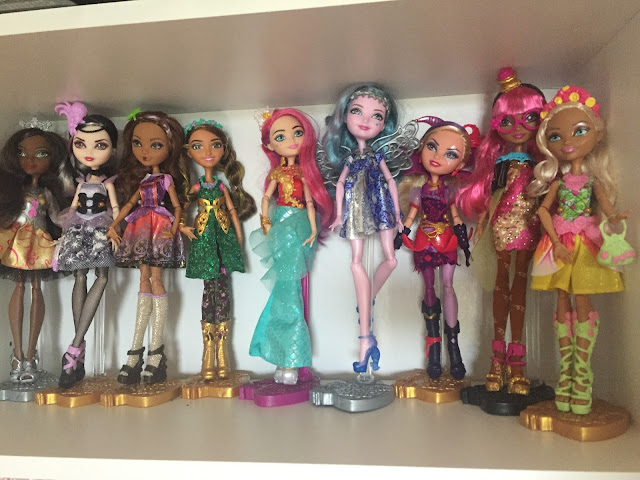 I also opened the last of my signatures which were Cedar and Ginger.

One evening, I also felt motivated to put together my white bookshelf that had been leaning against the wall for the past few months and I'm so glad I did.  It was so fun to actually put some dolls on a shelf. :) 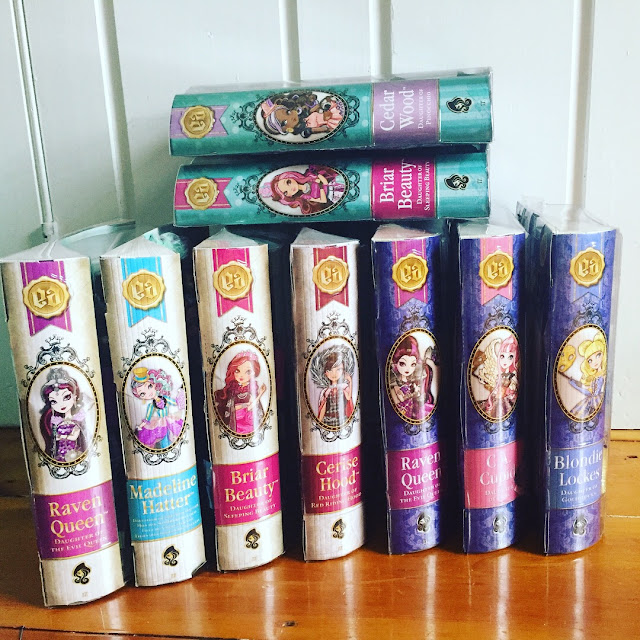 As I was moving along towards the earlier releases, it was getting a little harder for me to make myself open them.  I really like the design of the older dolls and their packaging is so pleasing to the eye.  They would look great displayed like books on a shelf, but I knew that I needed to get them open.  No more hoarding! 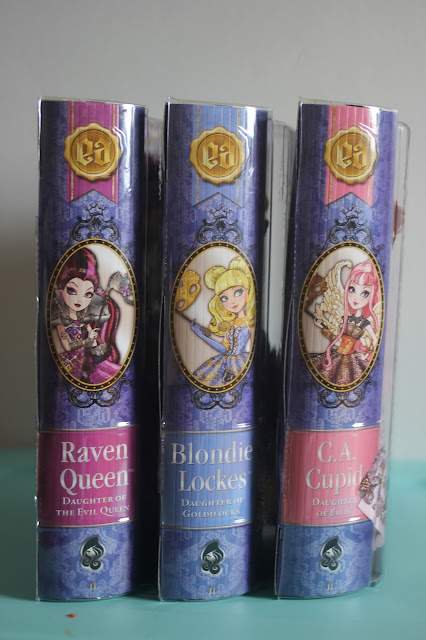 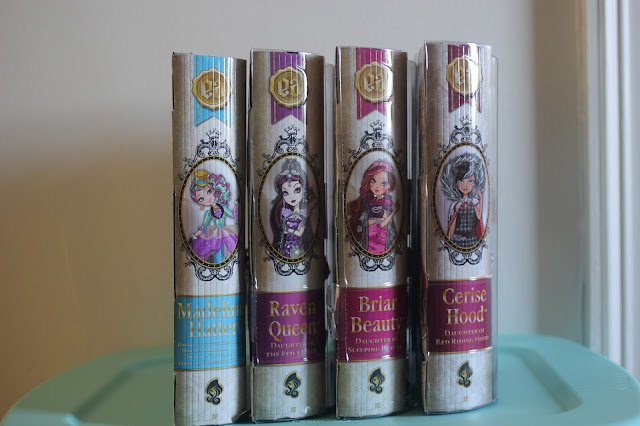 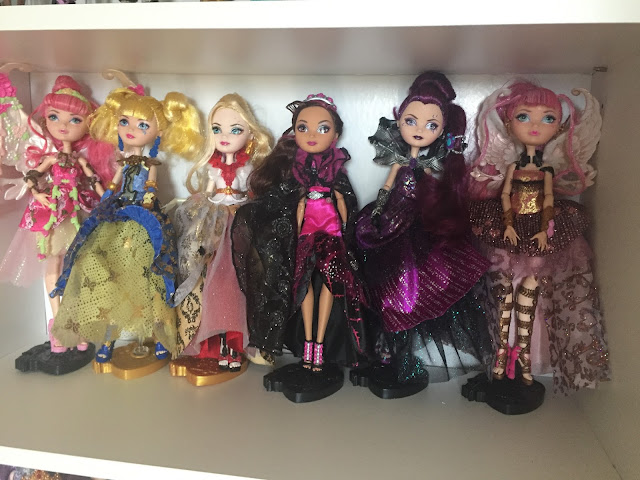 Here they are on display.  They're a bit crammed in there so I haven't quite figured out how I want to display them yet. (In reality, if you watch my video, you will see that I can't display them at all at this time because Little Button likes to tear up the doll room!) 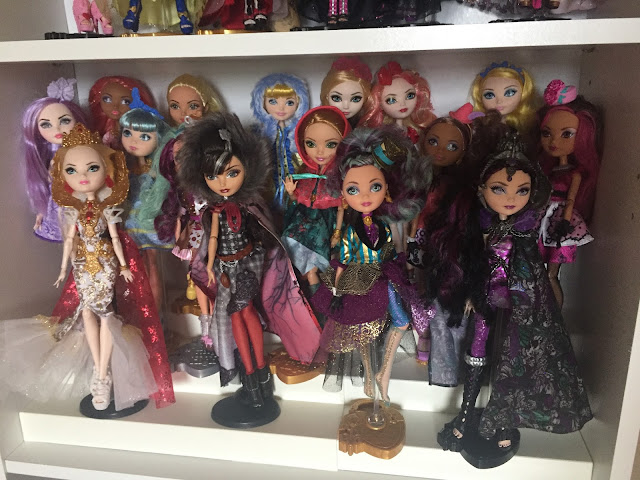 Here's more dolls up on the shelves. I think I prefer a "less is more" approach to displays, to be honest. 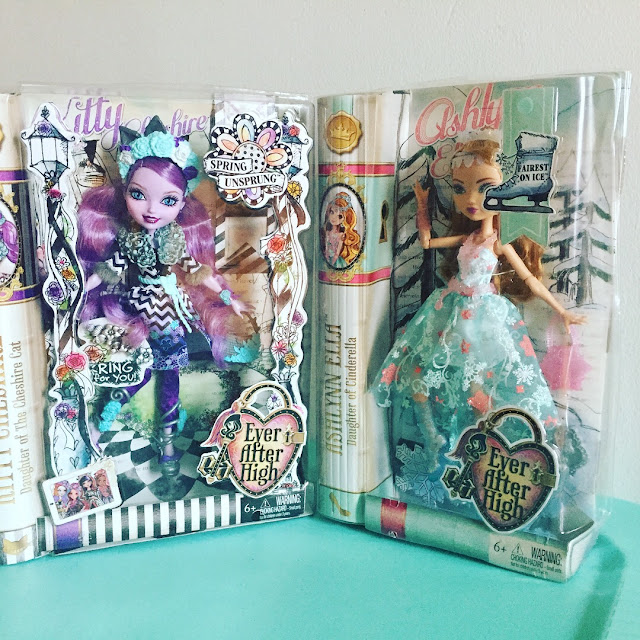 While I was unboxing, I happened to notice that a few dolls were more rare than others and were selling for a nice price on eBay.  I let go of this Ashlynn Ella (she must've been a Walmart exclusive), but still have this Kitty in her box.  I'm still torn as to whether to sell her or not.  I already had a double of Ashlynn, so I was happy to send her off to a new home, but Kitty (even used) is pretty expensive on eBay! 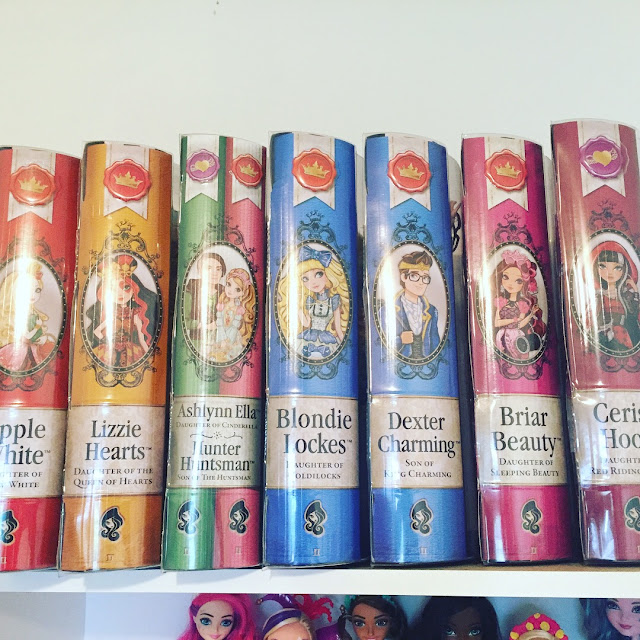 Here's a look at the signature dolls I decided to keep in their boxes for now.  I know I said I wanted to unbox EVERYTHING, but I just can't do these ones yet.  They look so pretty like this! :) 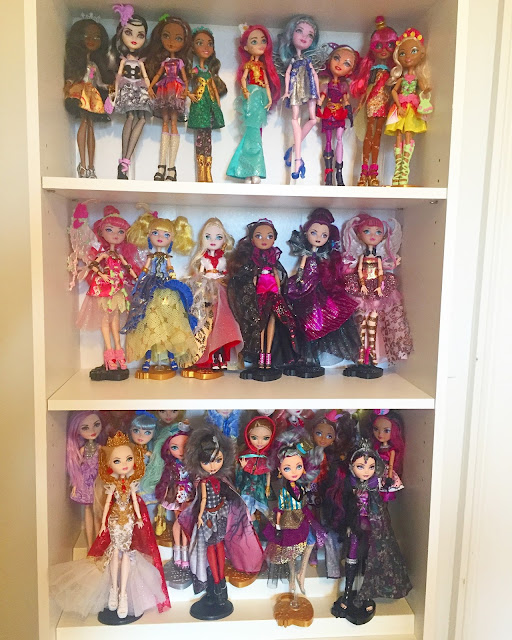 Here's a look at my freshly un-boxed EAH dolls.
Since these photos were taken, they have found a tidy little home in a lovely turquoise bin, safe from tiny hands.  I kept a few of the less detailed ones for Little Button to play with, but the fancy girls are hiding until LB is a little older. :)


In this video, I talked my way through what I was doing and did a quick updated doll room tour in the end.

After filming this, I also ended up un-boxing my Disney dolls so that will be coming soon!

Overall, I had such a great time opening these dolls!  I was impressed with one after another in respect to the lovely fabrics and details each one had.  These dolls really used to be little works of art.
I have since stopped collecting this line as the newer releases don't interest me anymore.  They seem to be geared more towards kids, which is great, but they don't have an appeal to me like they once did.

I feel very happy with the dolls that I do have and am excited to revisit this particular collection again for one-on-one photo shoots and hair fixes, but for now, they will stay tucked away until the rest of the dolls are opened.  :)

Thanks for visiting, as always and hope you are all enjoying your collections as well!

Email ThisBlogThis!Share to TwitterShare to FacebookShare to Pinterest
Labels: Doll Organization, Doll Room, Ever After High