Crochet is amazing.  It's a new-found love of mine and I love seeing other people's projects all over Pinterest and Flickr.  I had  always wanted to learn to crochet and when I was pregnant with Pumpkin Pie, I whipped up a cute little baby blanket for her.  And by whipped up, I mean basically just made an entire blanket of single crochet stitches because that is all I knew how to do! :}  It turned out pretty crooked and lame, but I was very proud of it and it will always remind me of how happy I was being a preggo mama crocheting away while feeling little baby kicks and bumps.  Poor Little Button never got a baby blanket, but that will change soon! 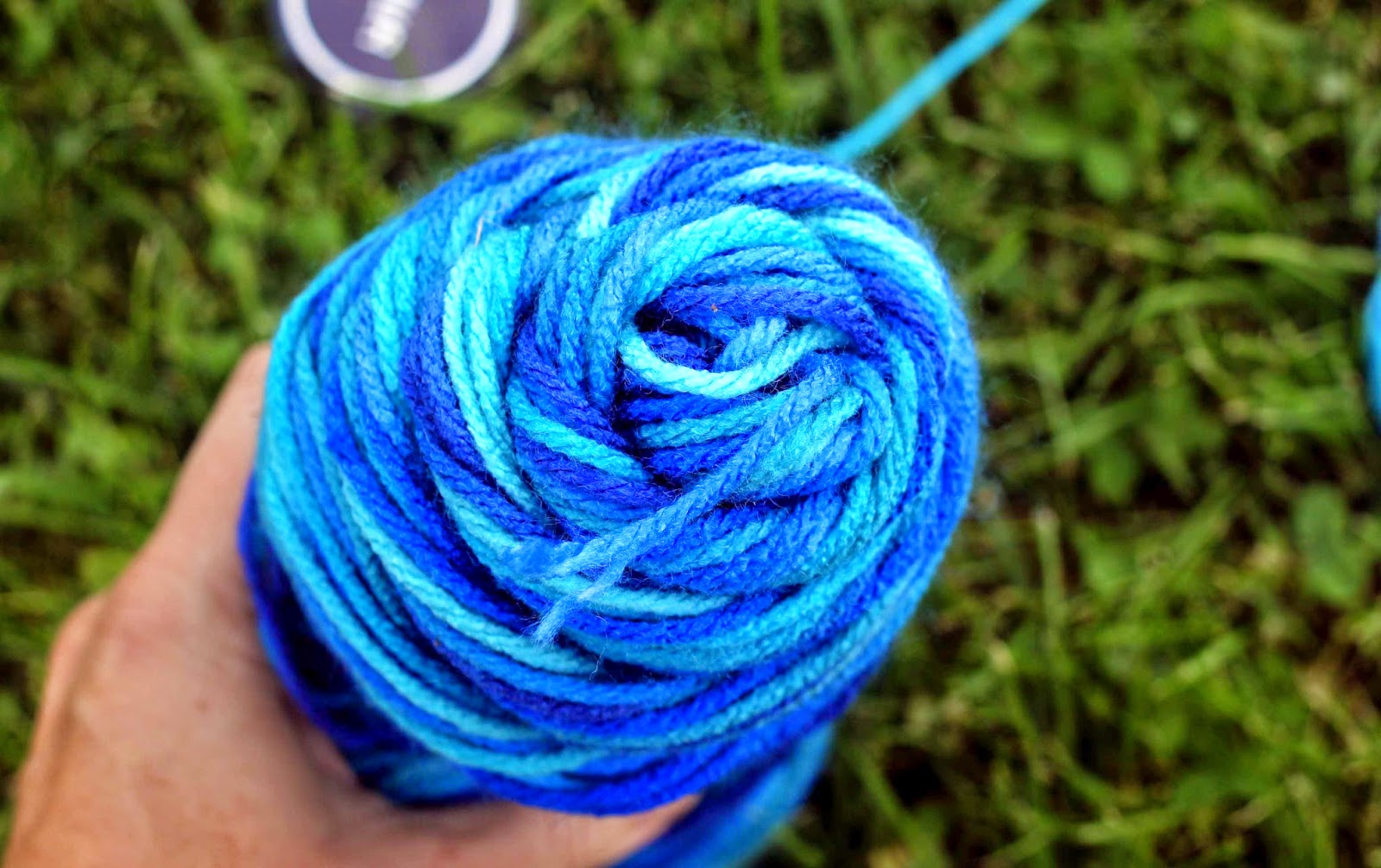 That baby blanket was the only thing I crocheted until I re-learned how to crochet this winter and I can't believe how relaxing it is!  I found this awesome guy on YouTube named Mikey from the Crochet Crowd and through his beginner videos I learned how to do basic and more advanced stitches.  He is a riot..I love his outtake videos, especially this one!  Someone has a case of the giggles  :D 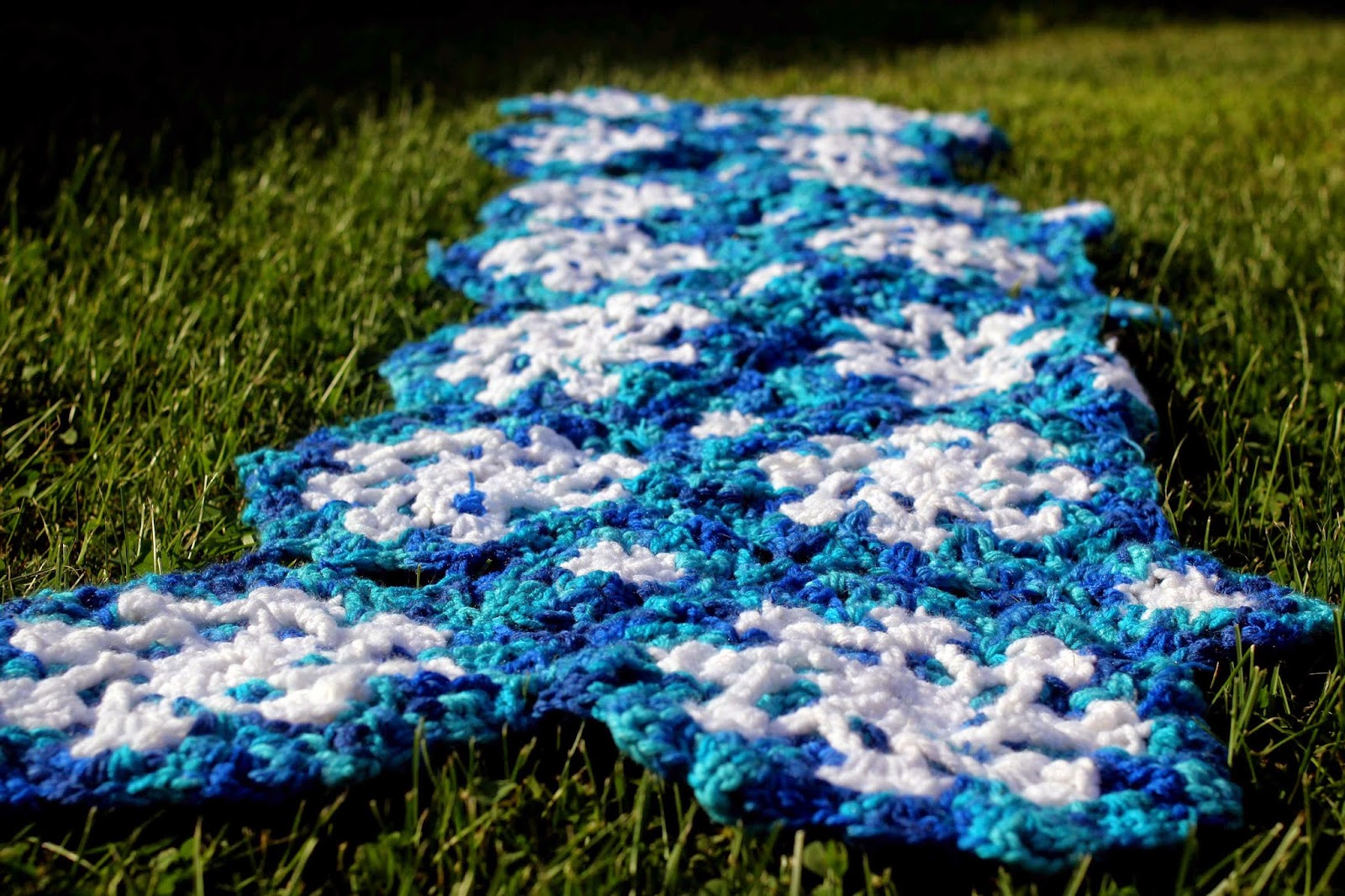 Here is my current WIP blanket.  I'm actually making 2 at the same time, an "Elsa" blanket for Pumpkin Pie, which is the being made with the blue yarn and an "Anna" blanket for Little Button, which is, of course, the purple.  As you moms know, if you throw the word "Elsa and Anna" onto something, it instantly becomes more amazing in the eyes of a Frozen fan! 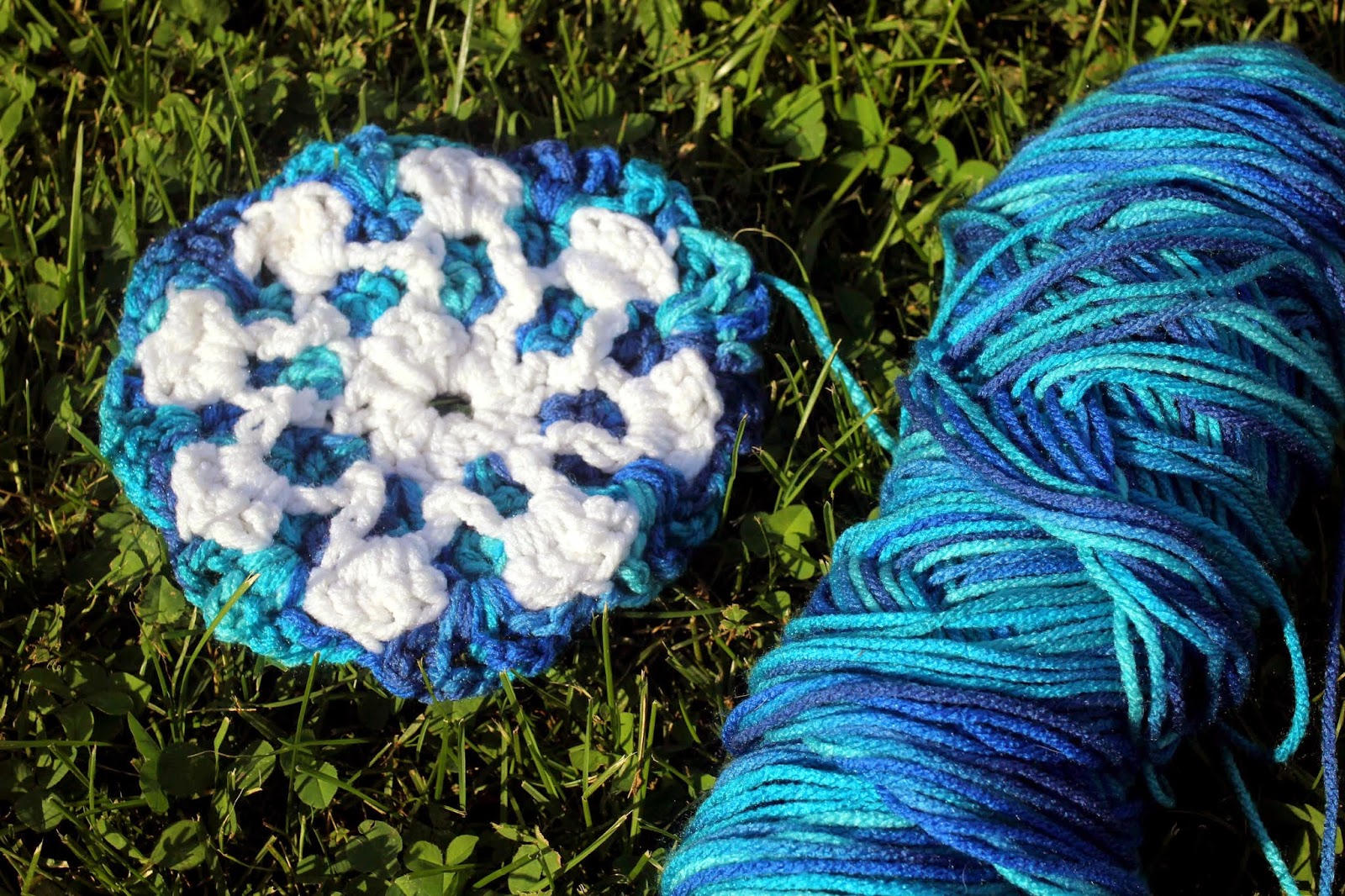 I was actually hooking along nicely through most of the winter/spring, but by the time summer hit, it seemed to be harder to find the time to pick it up.  This has been such a busy summer for us, it seems. 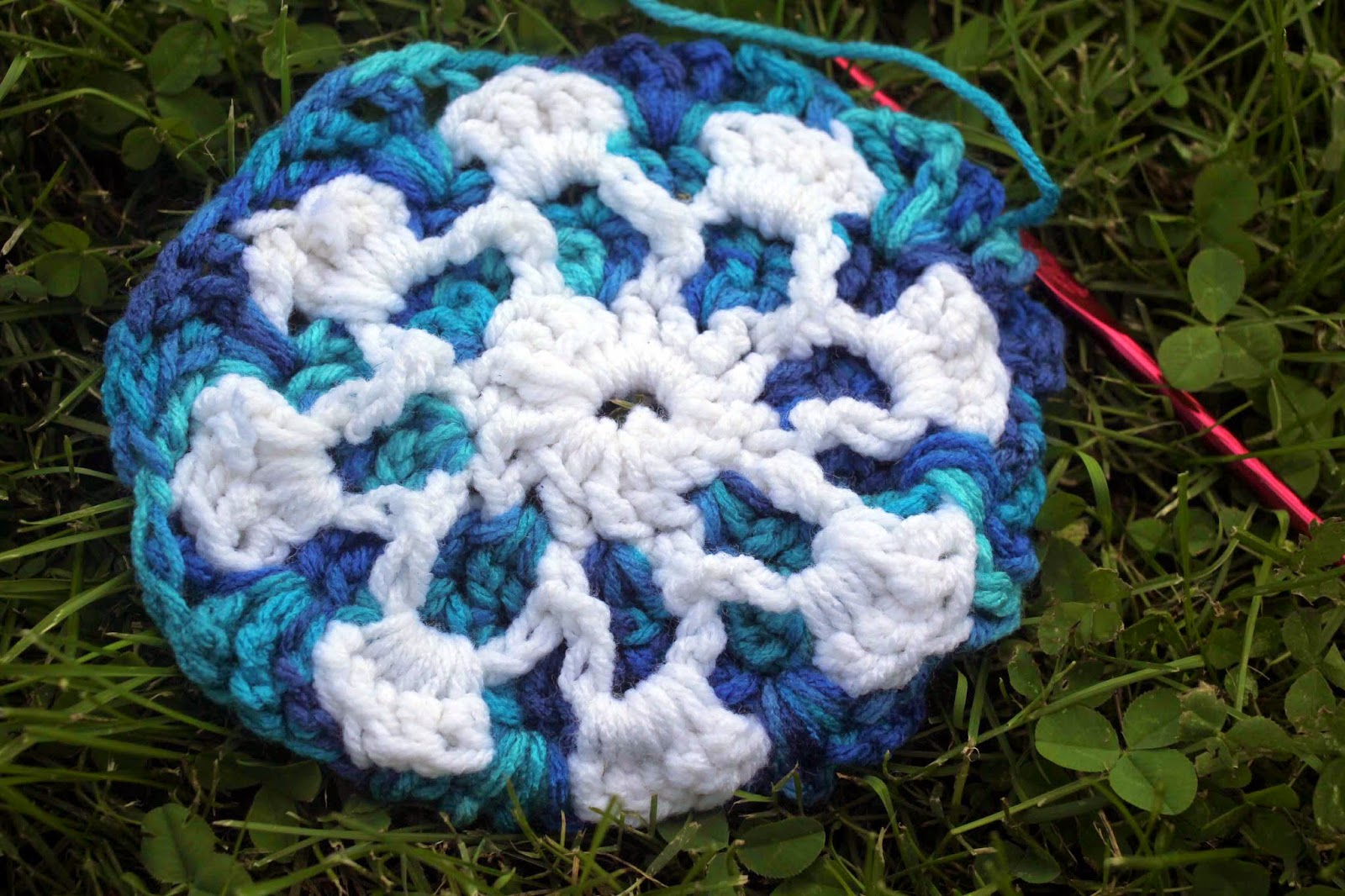 I have gotten back into it though, as I have many other projects in my mind that I want to try...I try to do a round here and there as I have about 4 more rows to do (and 3 more filler rows, too!) for each throw. 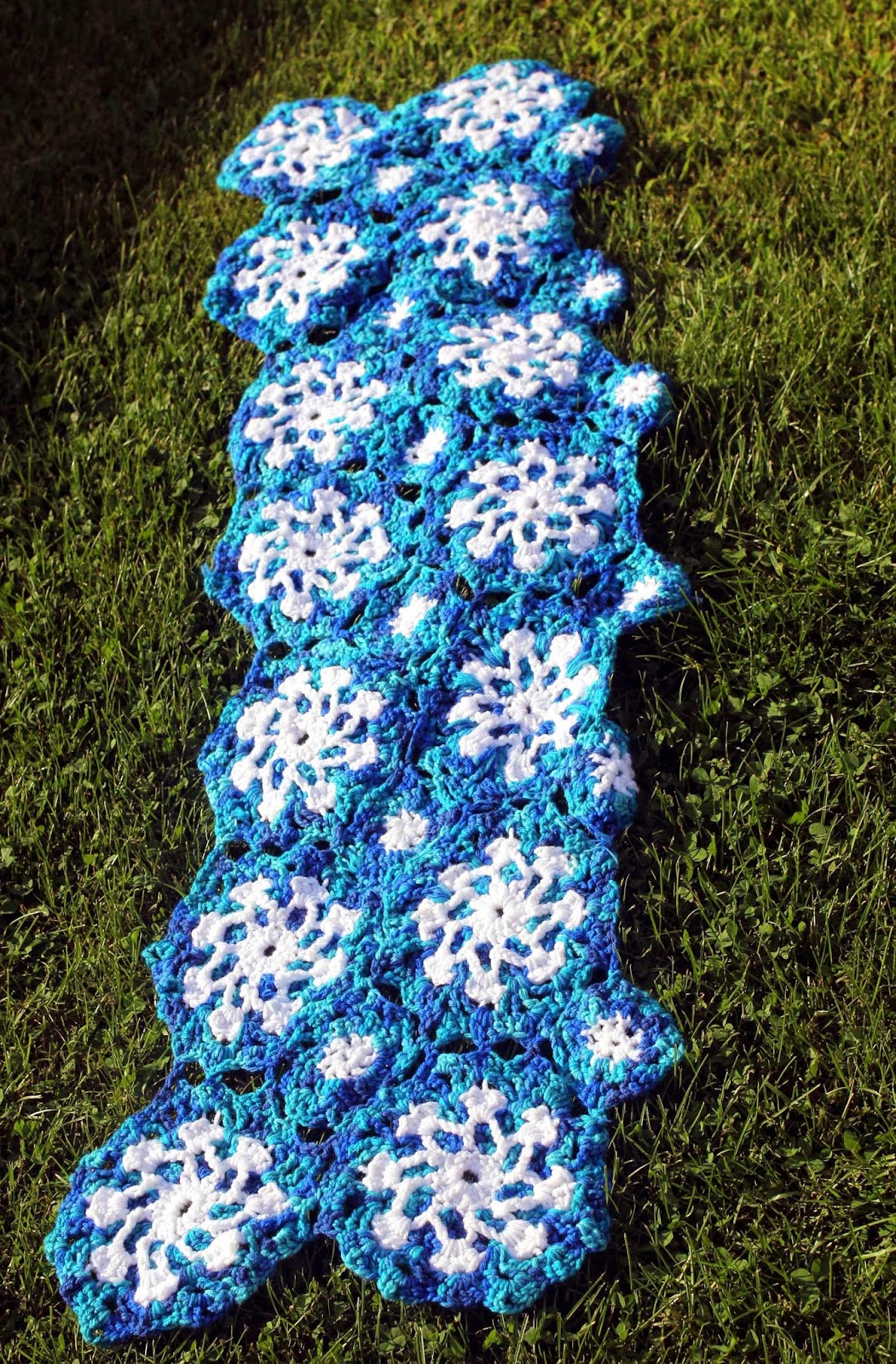 The pattern consists of  six rows of 7 large snowflake motiffs that you make and add as you go as well as 6 small snowflake filler motiffs.  It was a fairly easy pattern to learn and since I am doing 2 throws at once I have gotten the hang of it pretty well- it's just taking forever! 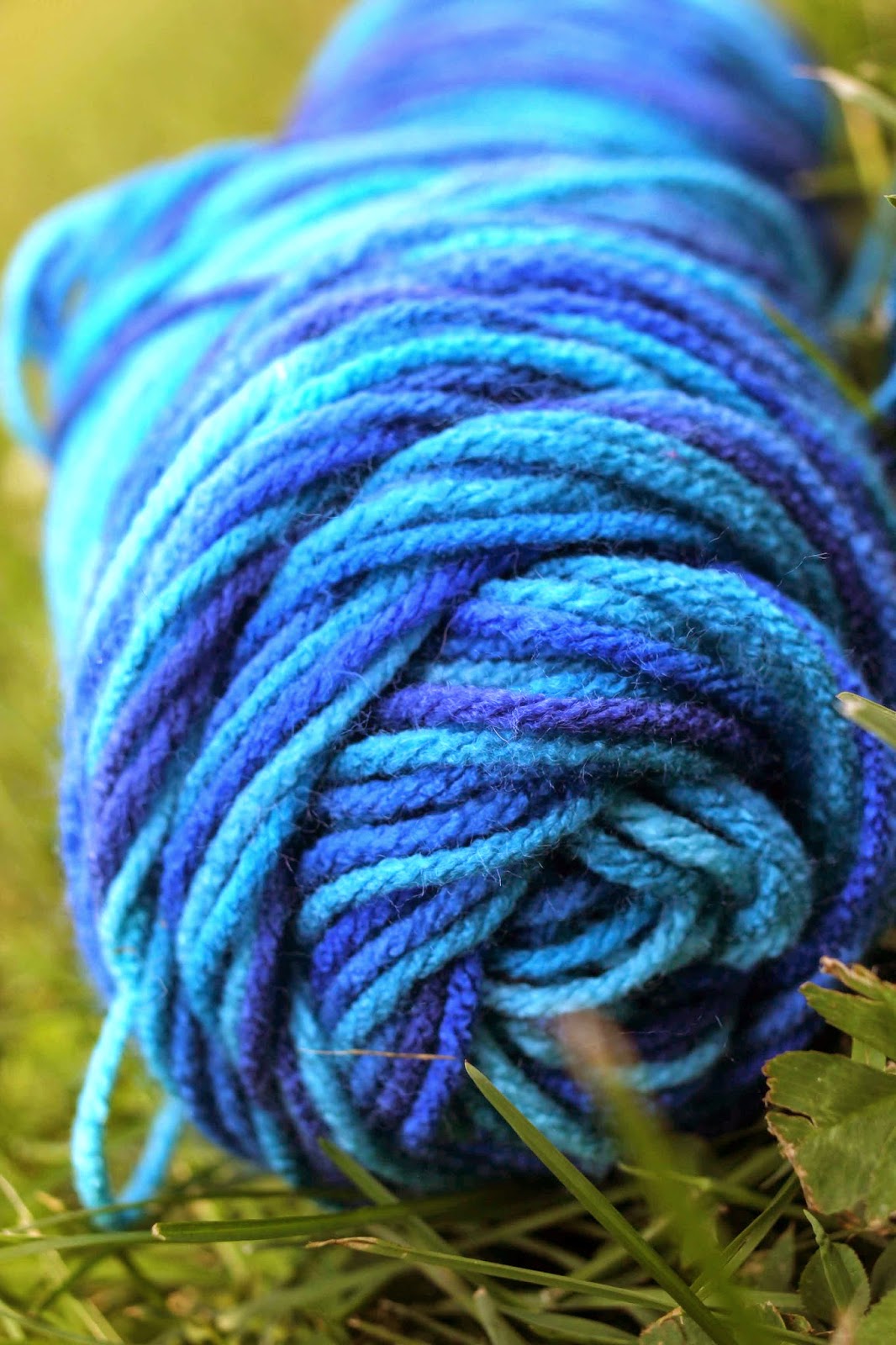 My goal is to have them done by Christmas this year.  Hopefully that will happen...I usually like to crochet while I catch up on Netflix at night. During the Spring I crocheted while marathoning the entire series of Game of Thrones.  Nothing like peace-fully crocheting away while watching fight scenes and King Joffrey be a jerk to everyone ;).  I feel like these few hours between the kids' bedtimes and my bedtime is so precious...if i can't multi-task, I can't do everything I want to do.  If only there was a way to crochet and edit photos/blog posts at the same time!

Thanks again for stopping by!
Goodnight,  dobranoc, hyvää yötä!  (I noticed there were Polish and Finnish peeps stopping by the blog) :):)