Hi guys!  I have a quick mini-review of the very first Ever After High doll I purchased back in September.

Random one for a first EAH doll, I know.  She's not my favorite character,  but I happened to notice her at my local Walmart and something about her lured me in.
Girl's got it going on. 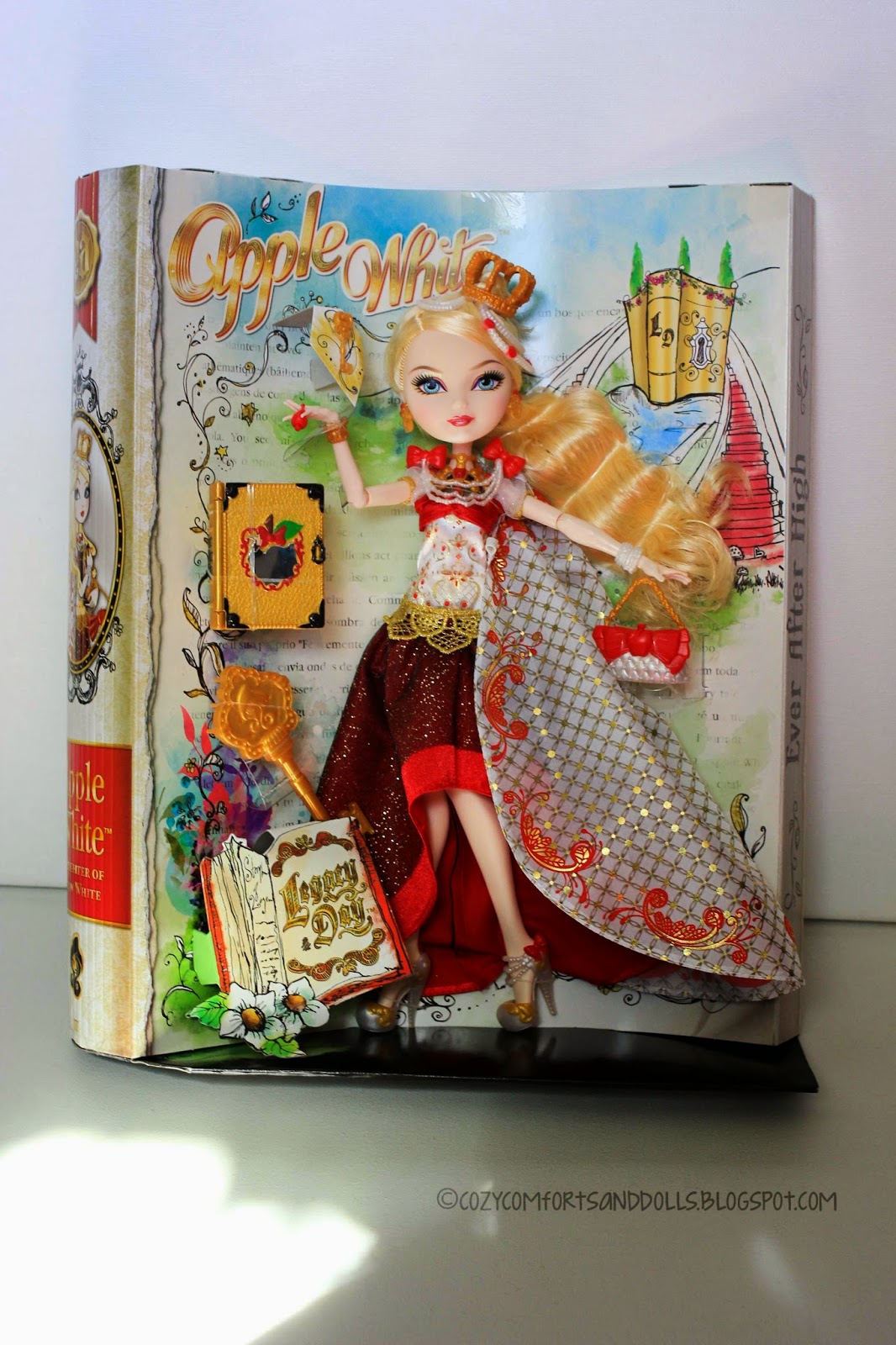 Apple White Legacy Day
Take a good look at the purse, because this is the only photo of it! :}

For those of you that don't know, Ever After High dolls are a series of characters that represent the "sons and daughters" of classic fairy-tale legends.  Apple White is the daughter of Snow White.

I am in love with this doll line (maybe even more so than Monster High) and have really enjoyed the webisodes which you can view any time at the Ever After High website.

Originally I didn't care very  much for her character as I felt she was very superficial and a little irritating, but as I continued to watch the episodes, I really grew to like and admired that she was trying to be a better person. :)

As you can see, she comes with a brush (shaped like a key), stand, purse and a "legacy book" that comes with a tiny little key. Instead of a headband, she comes with a crown that is attached by rubber bands to appear as though it is easily resting on her head. 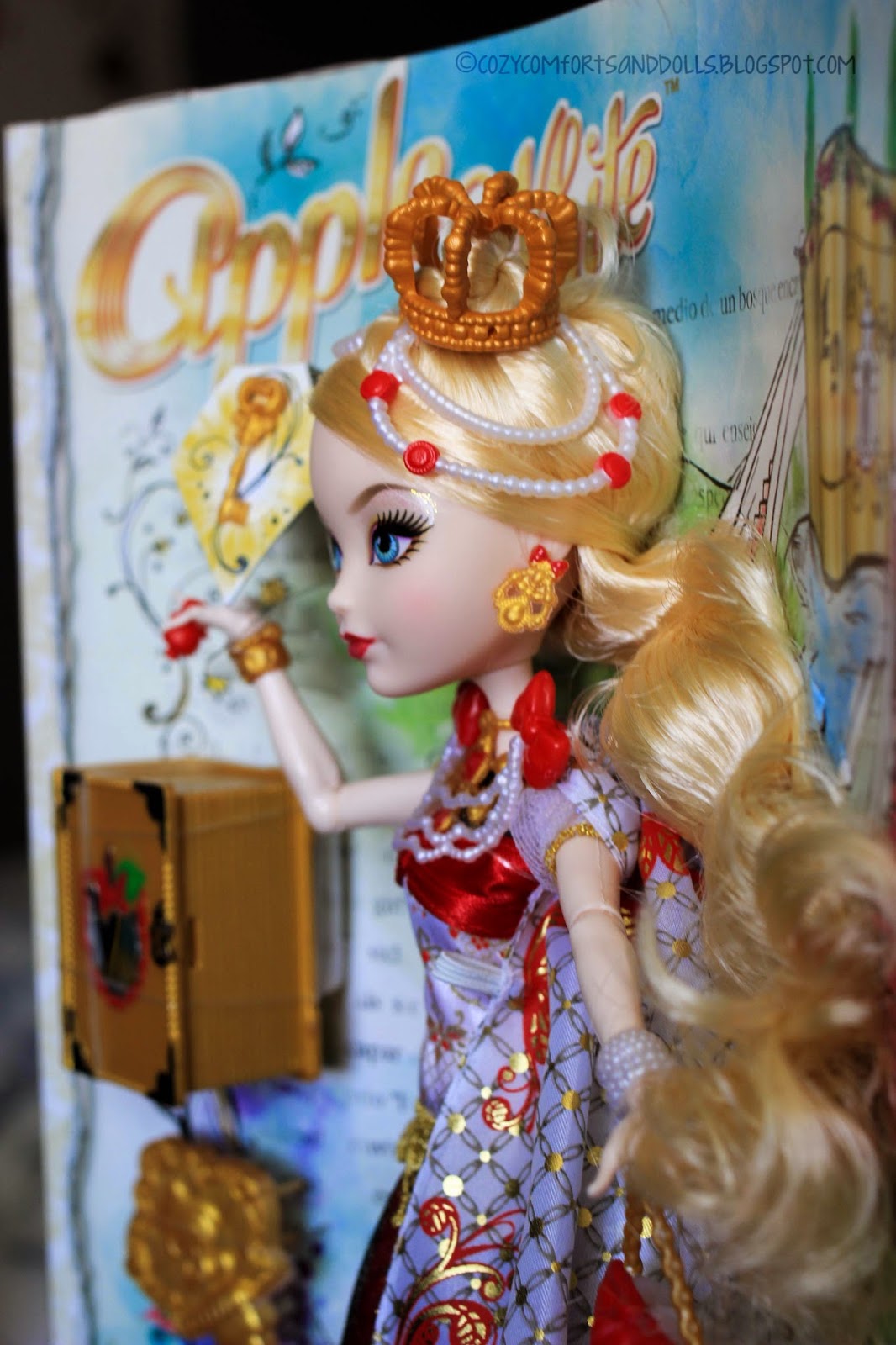 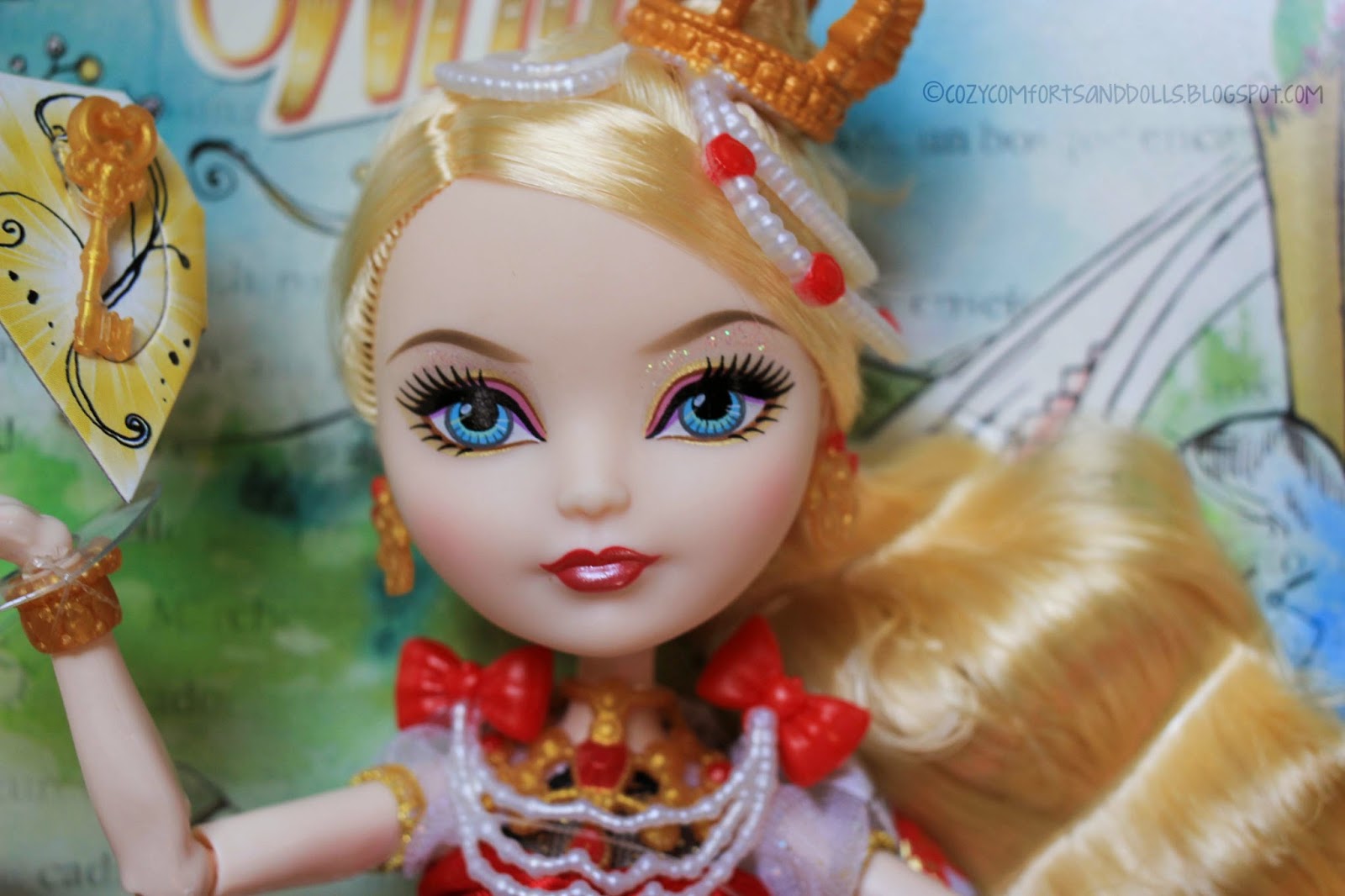 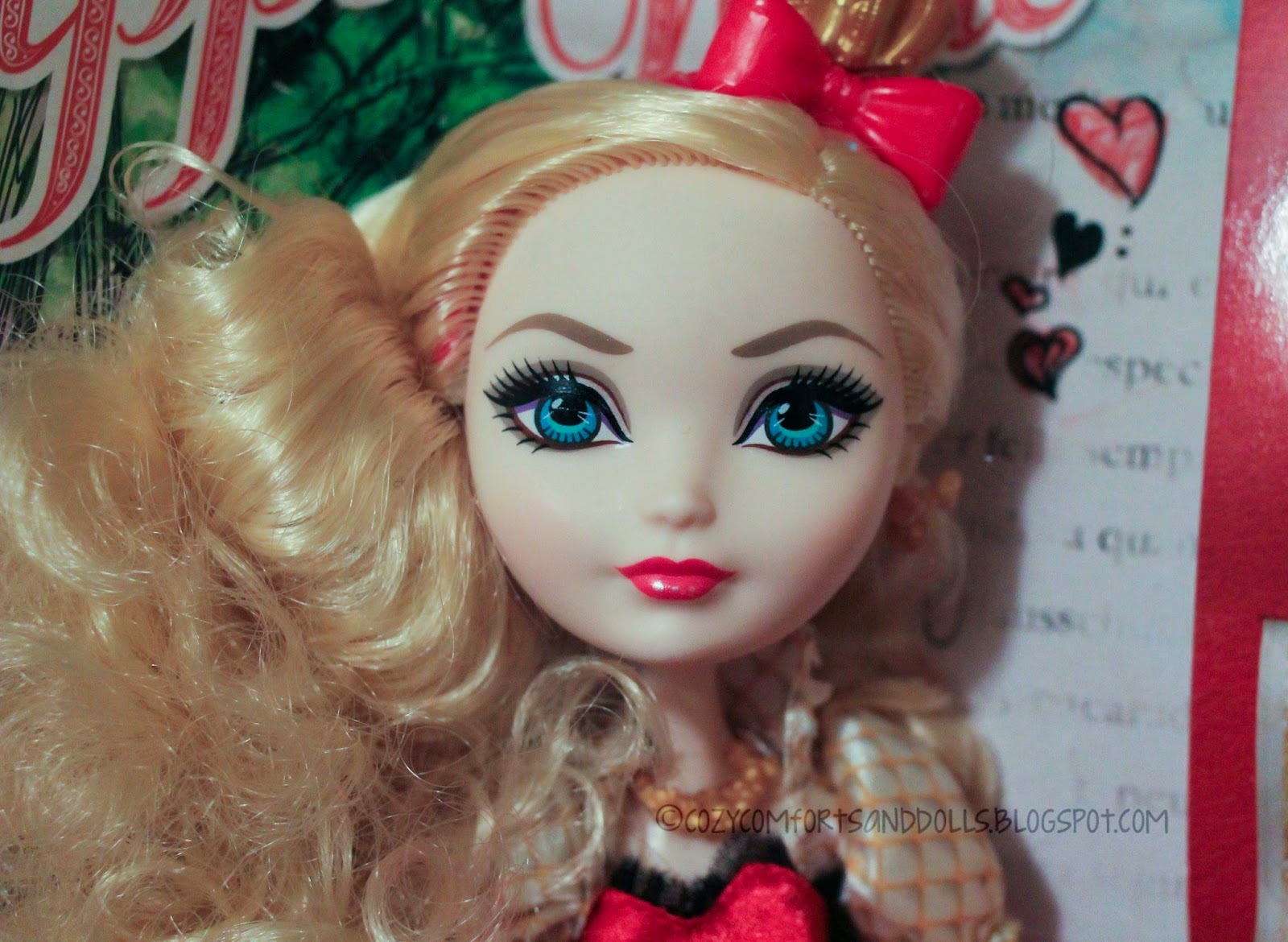 Here's a comparison of Legacy Day and the original Apple.  There are very similar as you can see, but LD's features are a little more petite and her makeup seems a bit more natural.  Her hair is also parted on the opposite side.


After de-boxing Apple, Pumpkin Pie and I went for a walk and decided to take Apple with us for a little woodsy photo-shoot. 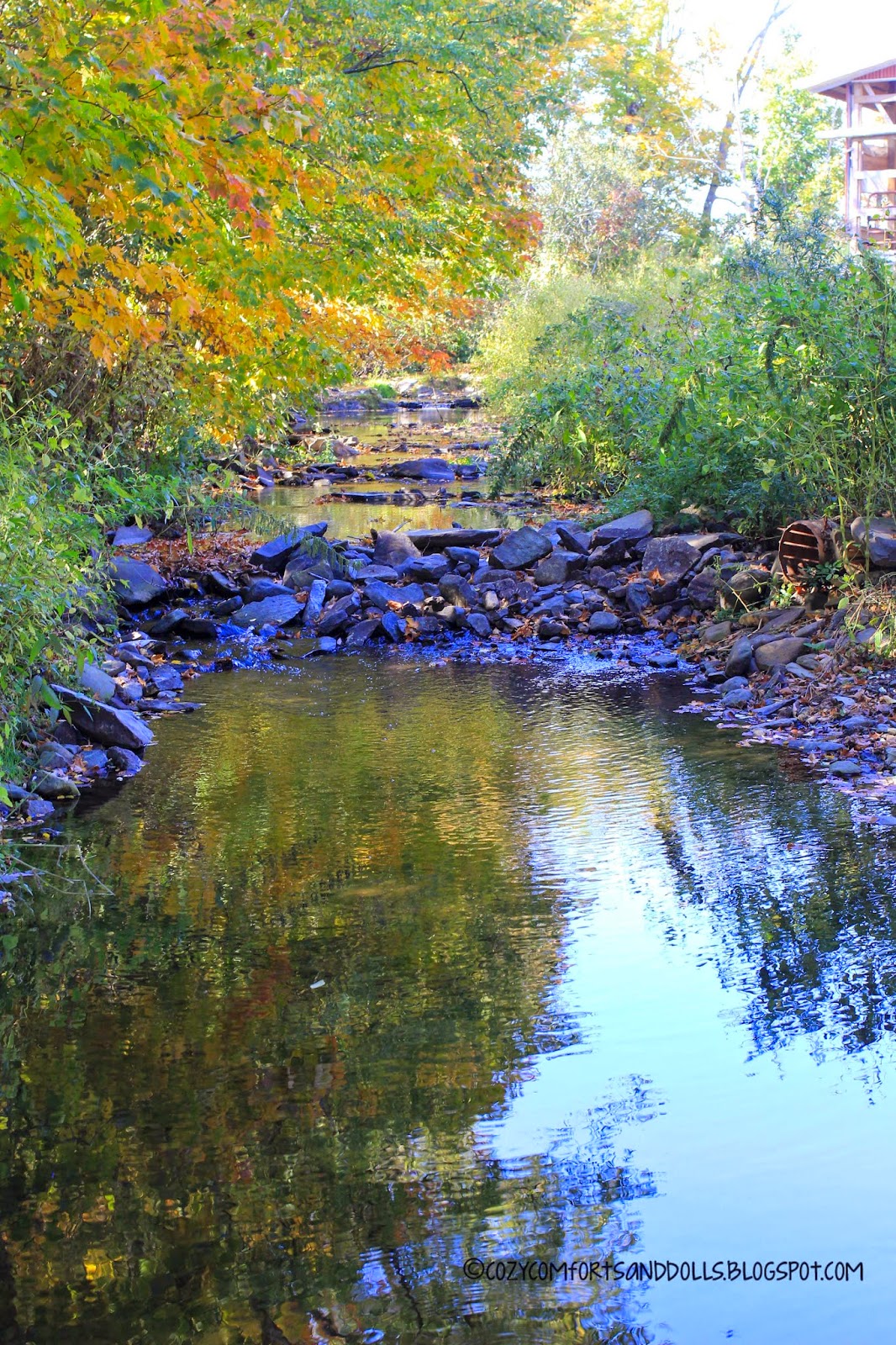 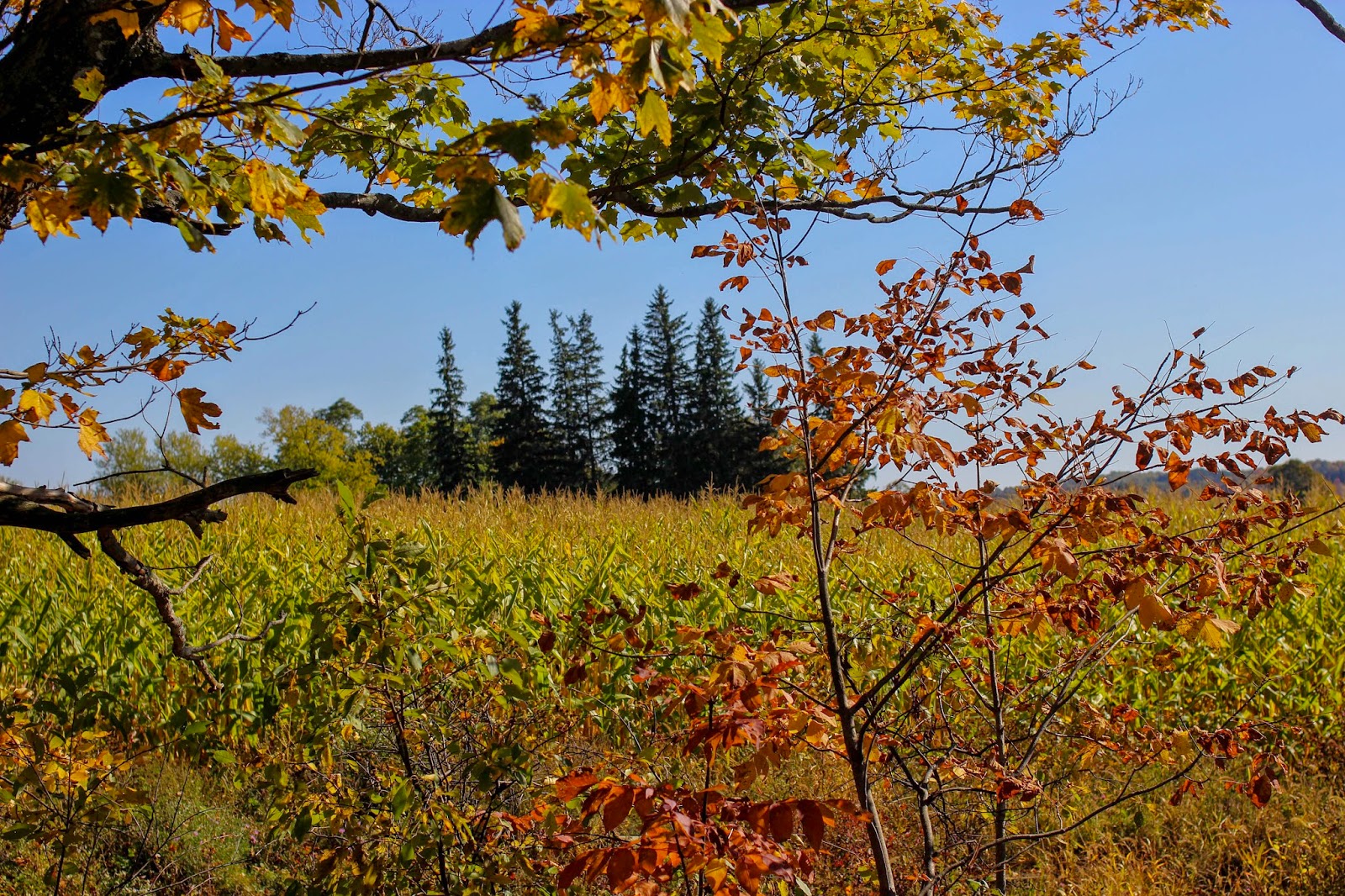 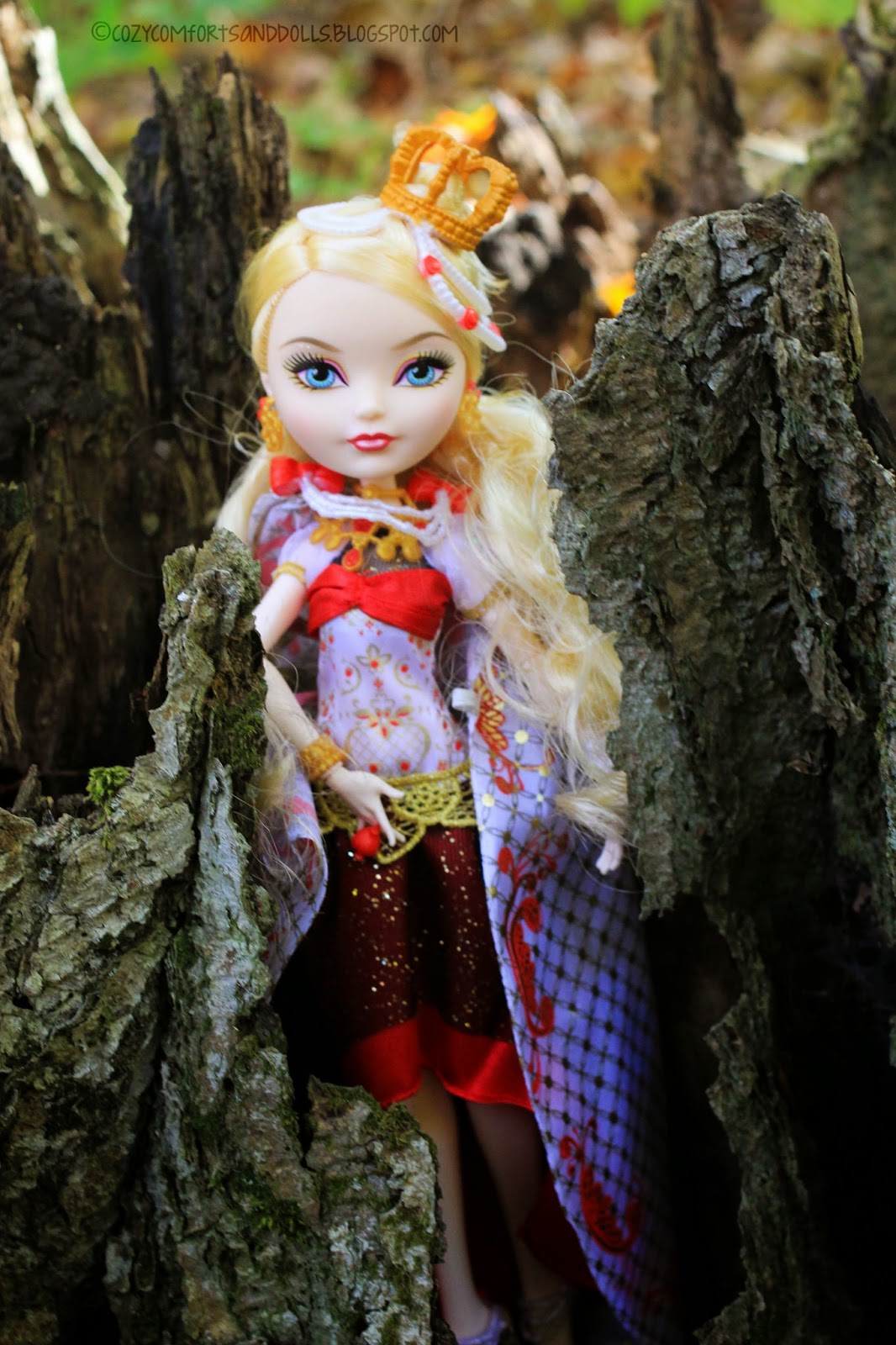 See that tiny apple ring on her finger?  This photo is the last I saw if it!  Whoops.

Legacy Day is a special night for all of the students at Ever After High.  It's the night where each character signs the Book of Legends, sealing their fate to carry on their parents' legacy.
Apple eagerly signs as she can't wait to follow in her mother's footsteps, meet her prince and live happily ever after. 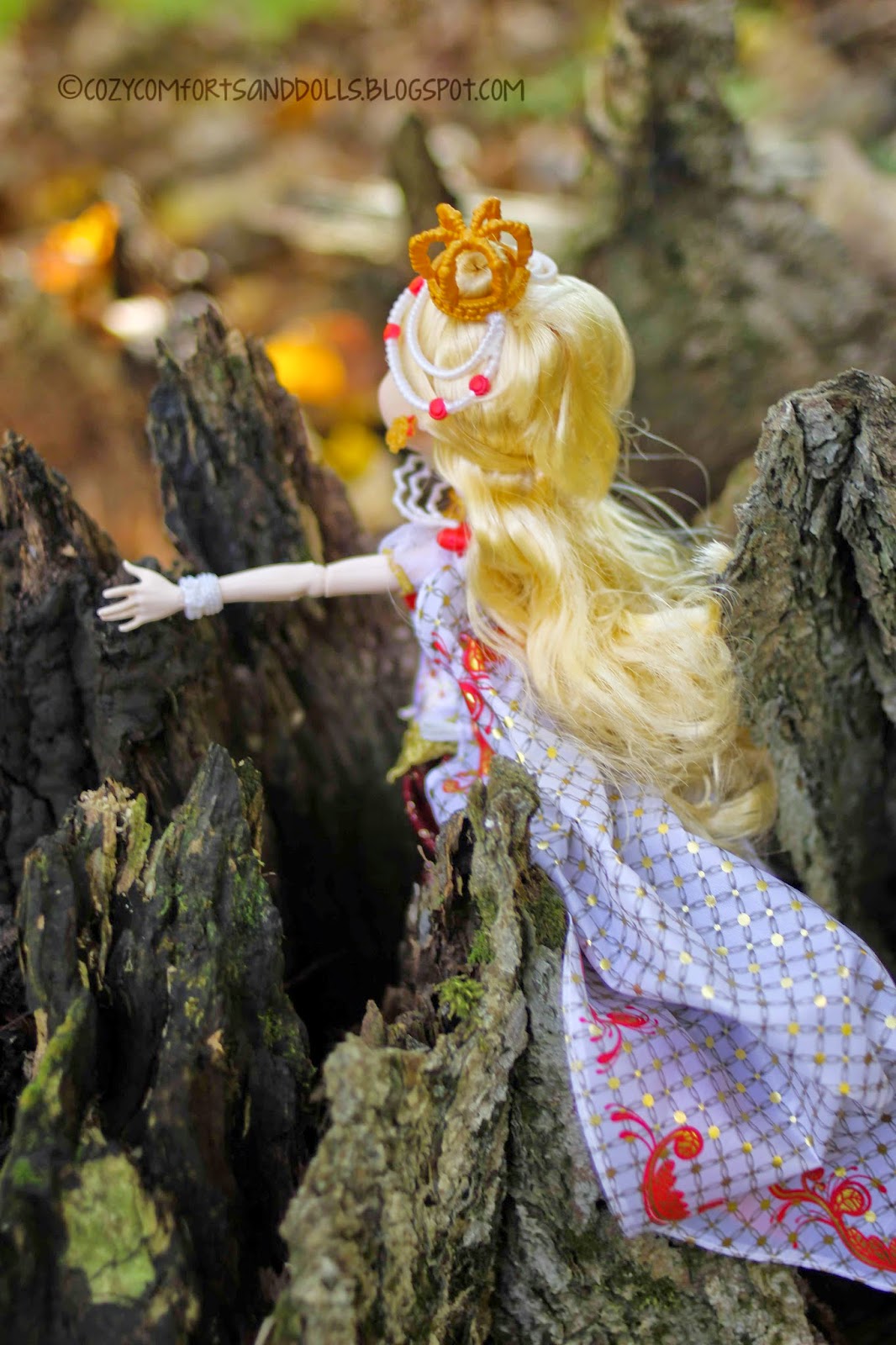 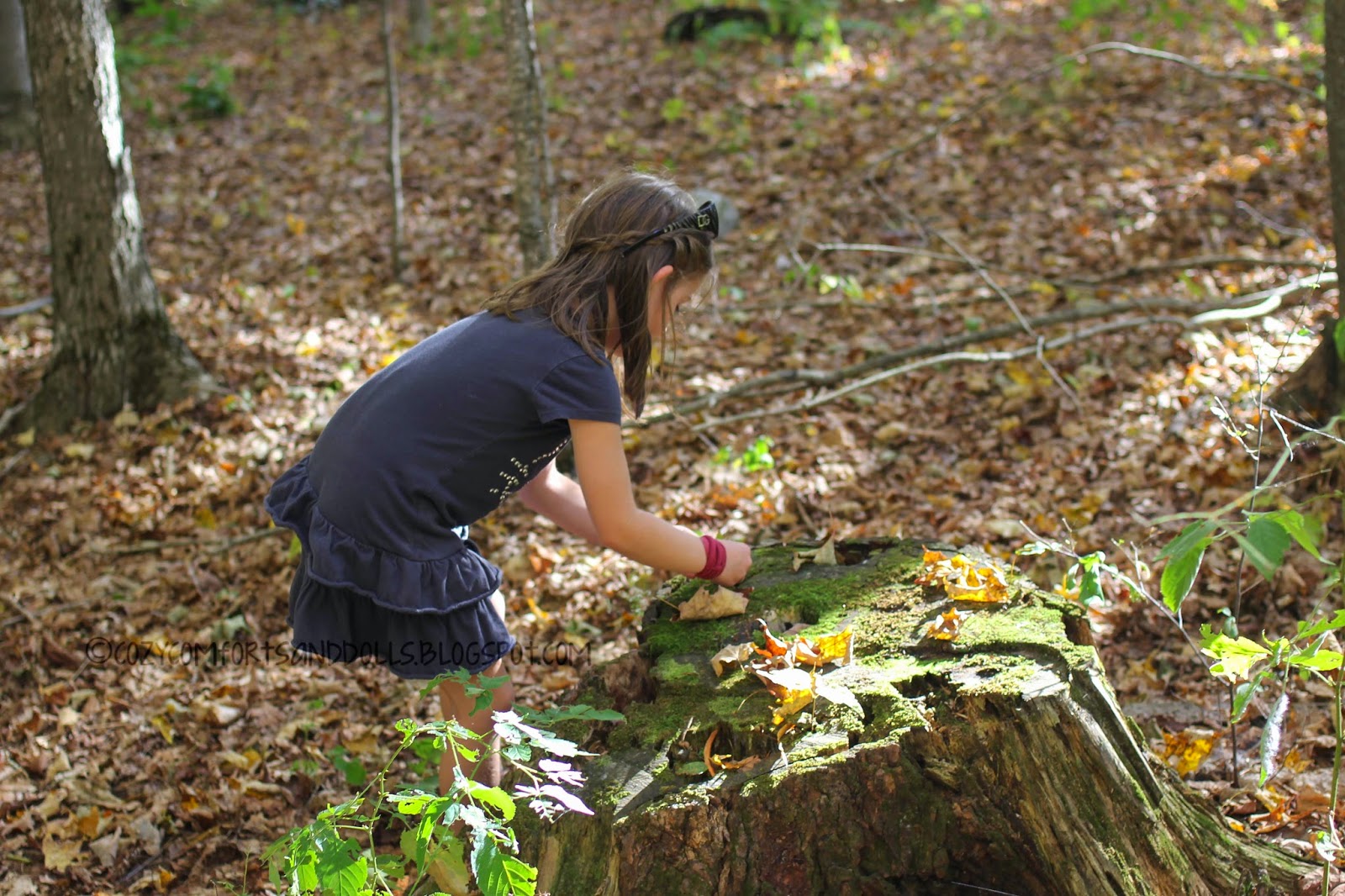 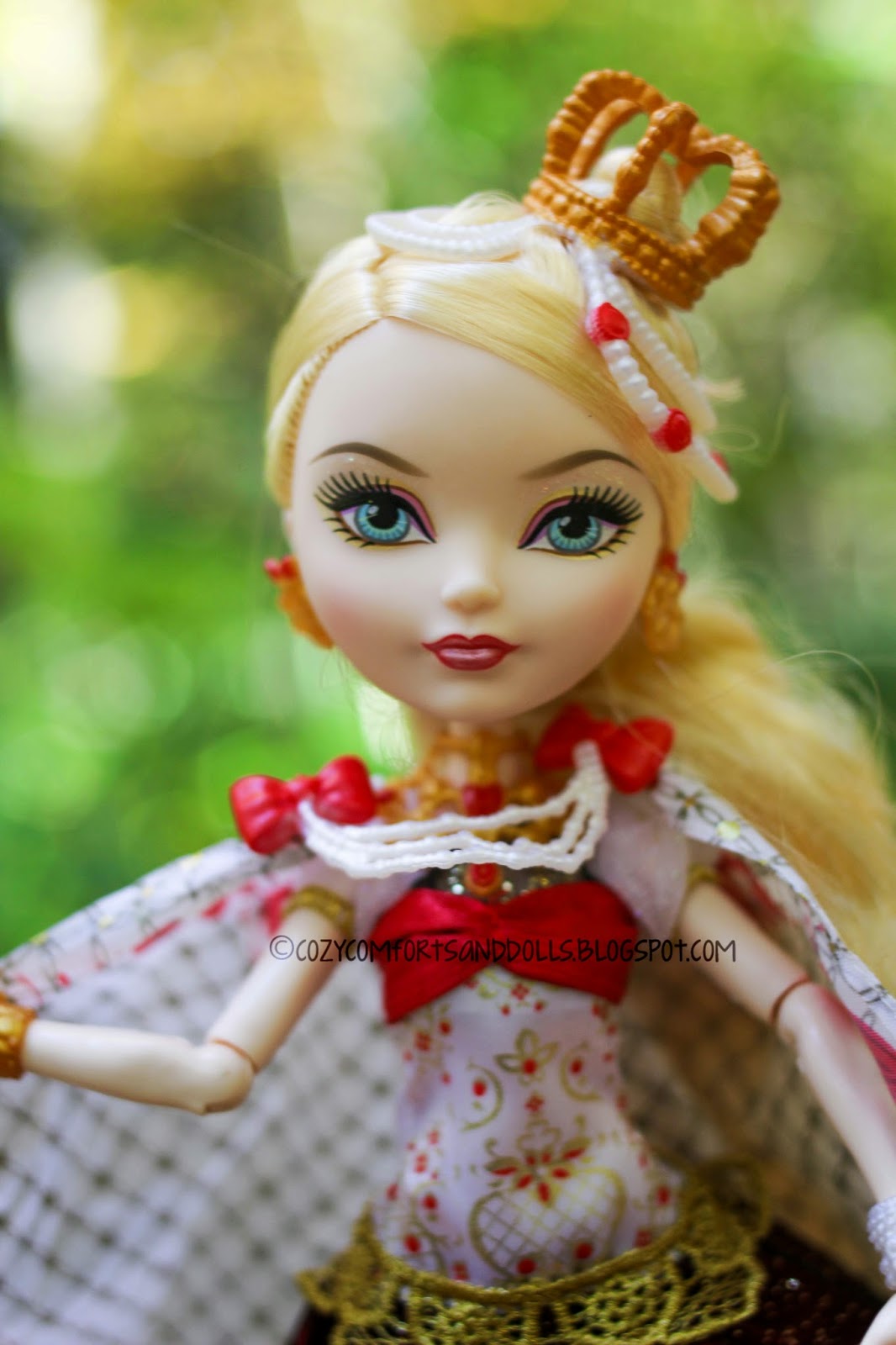 Apple is completely in her element when she's in the woods. 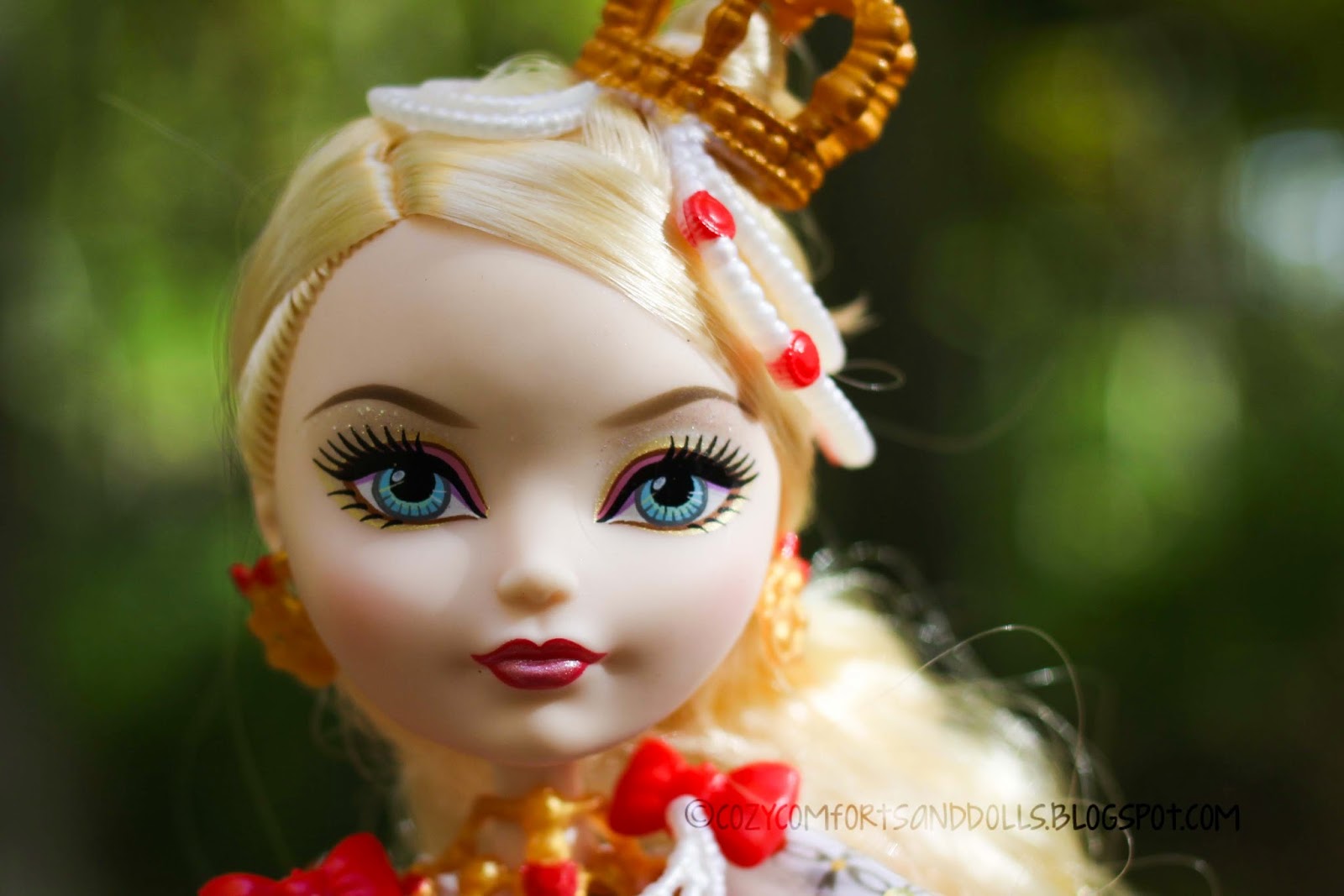 Her face paint is beautiful.  She has very natural eye shadow with a touch of glitter under the brow bone.  Her lips are a frosty ruby red. 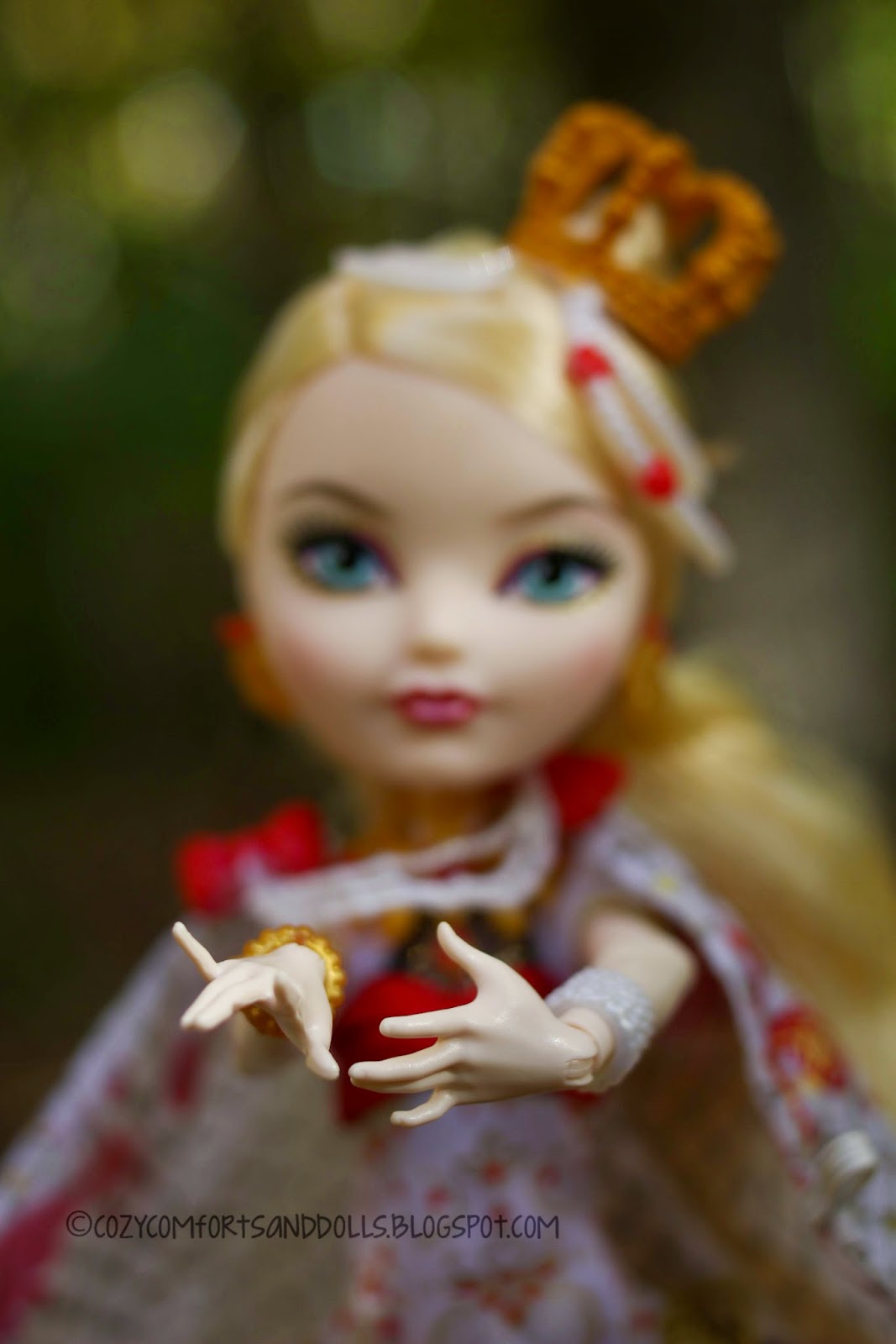 As we were taking photos, Apple took a moment to summon the animals. 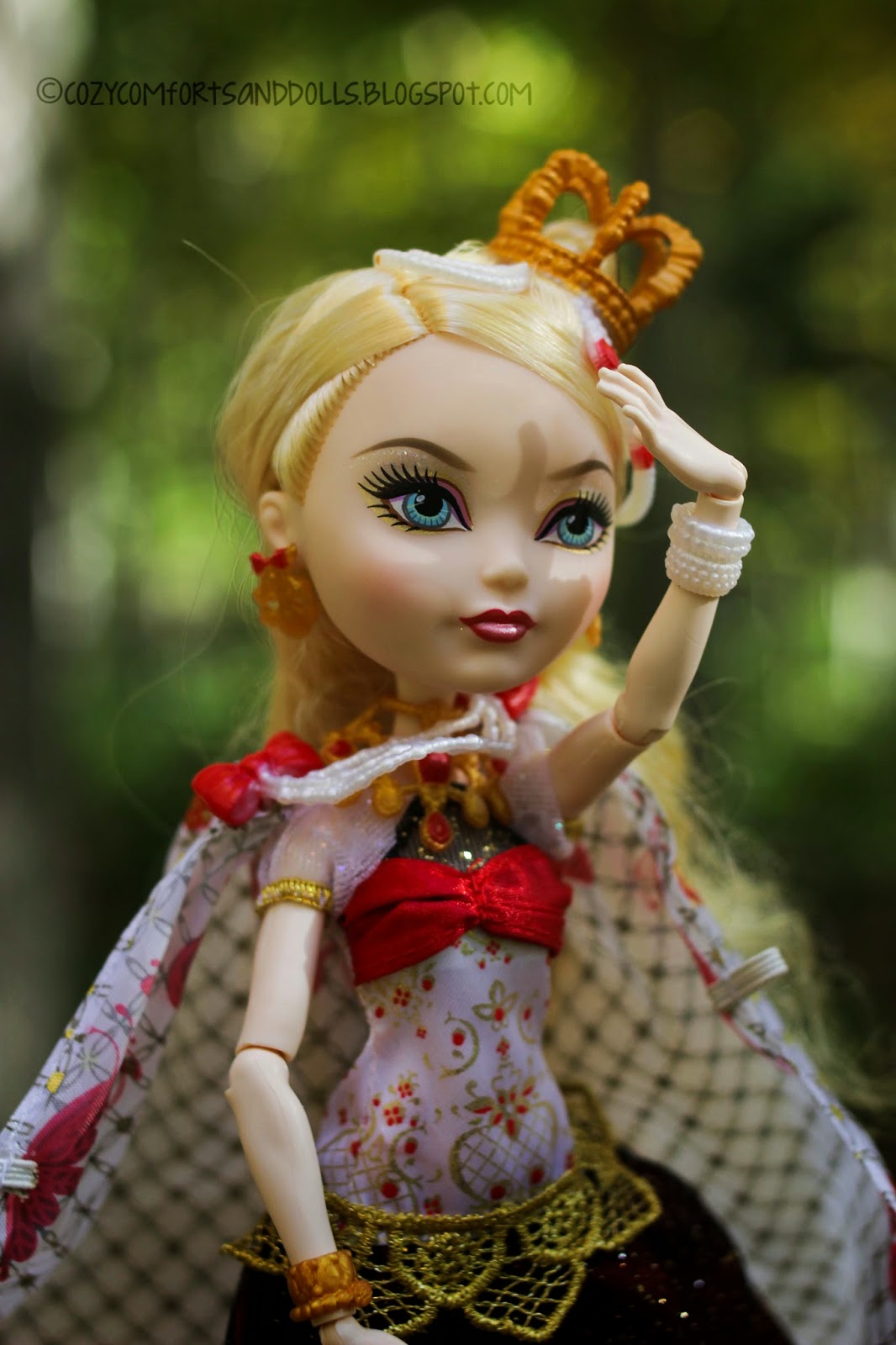 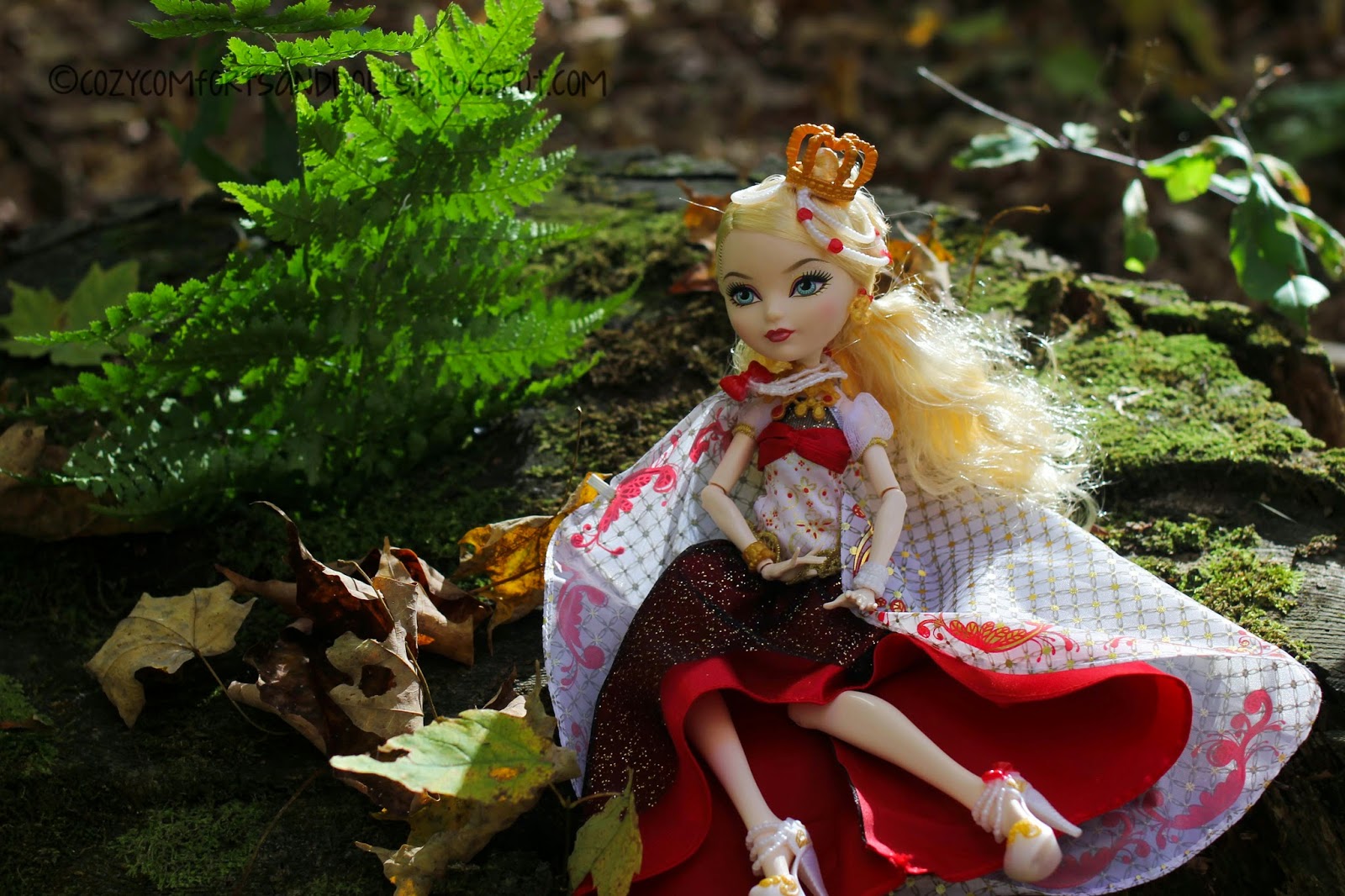 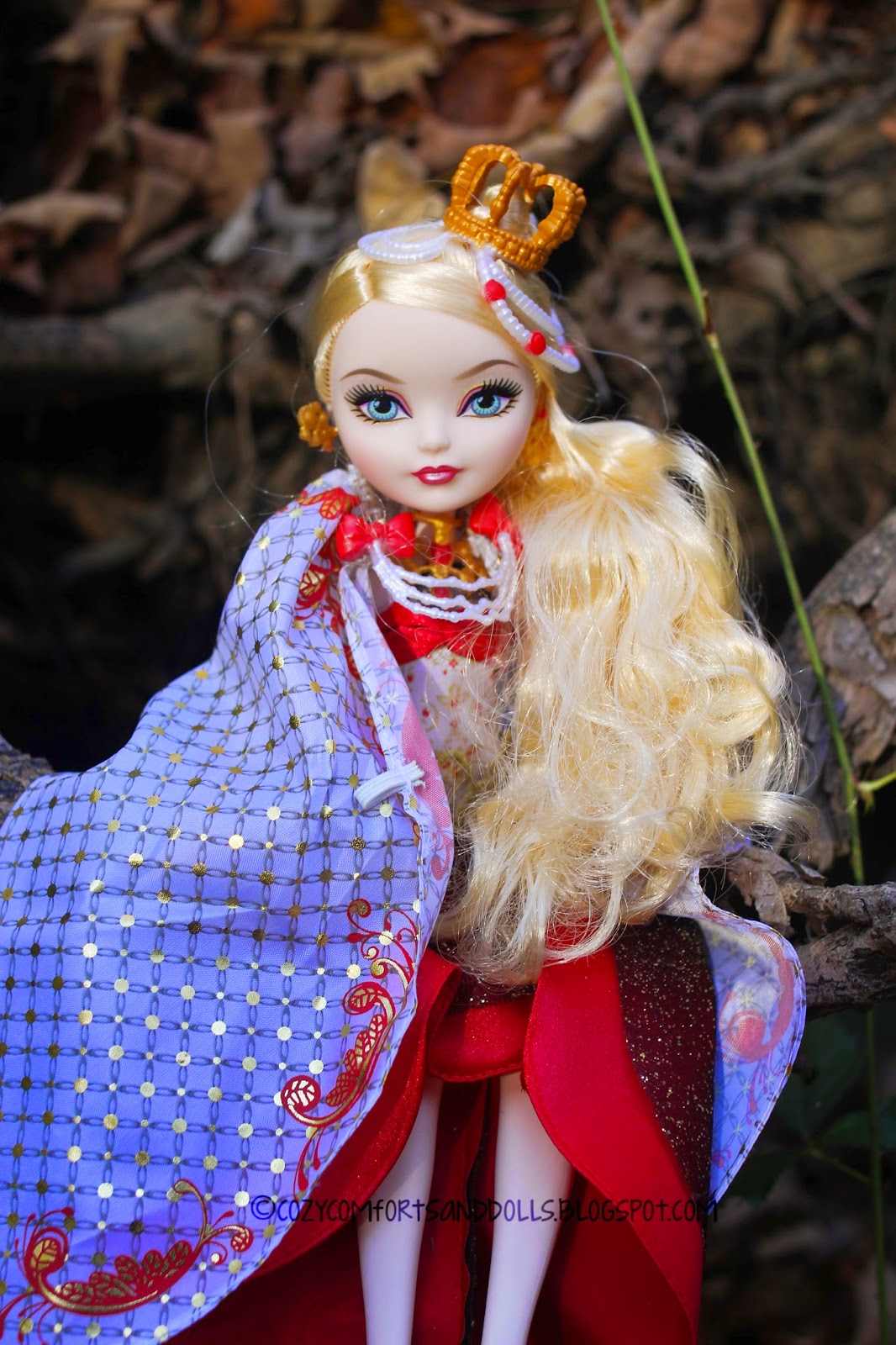 Her animal attracting skills must have been working as we stumbled across these two cutie pies in the field at the edge of the woods. 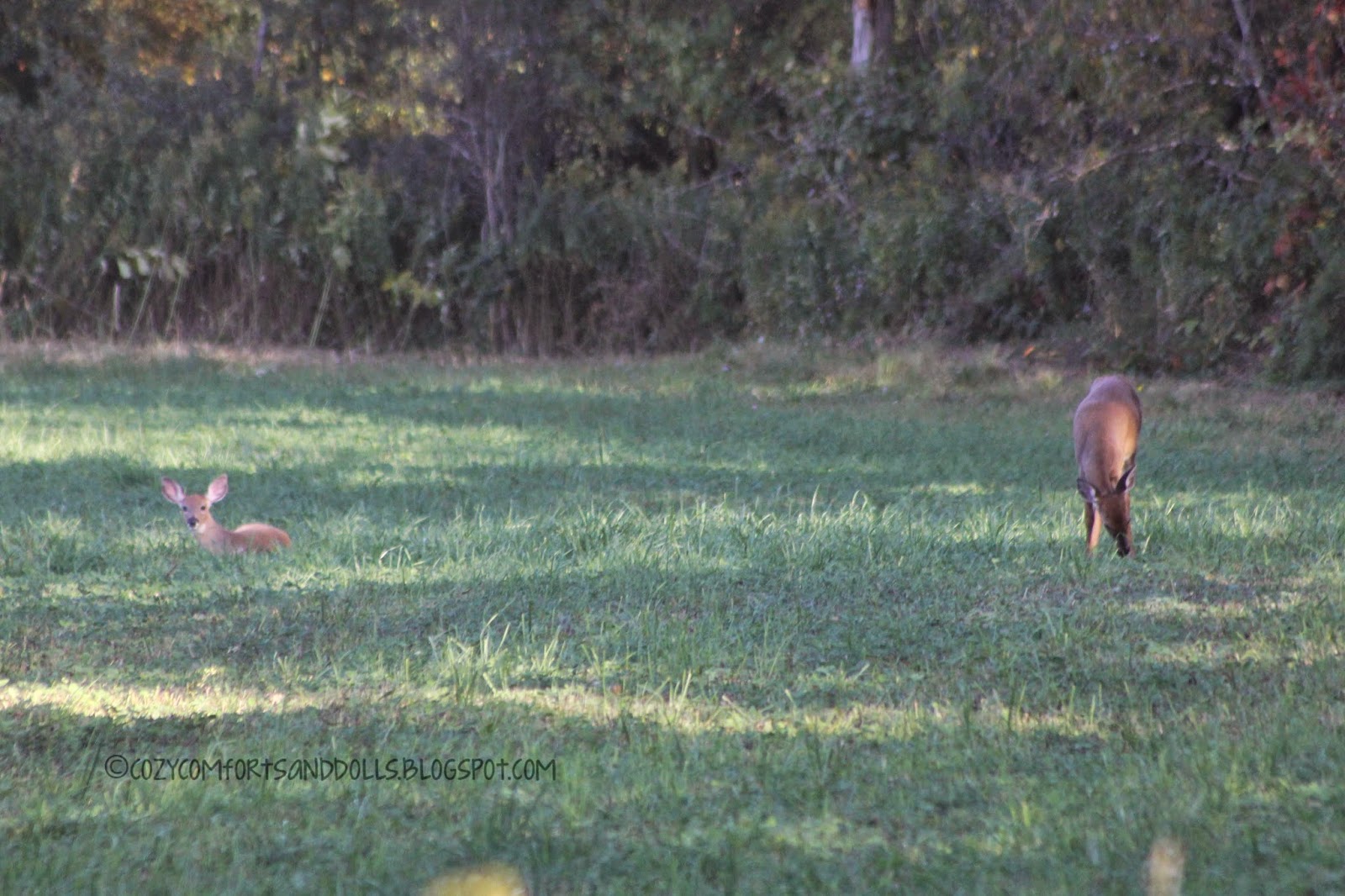 Two little fawns basking in the sun and munching on grass :) 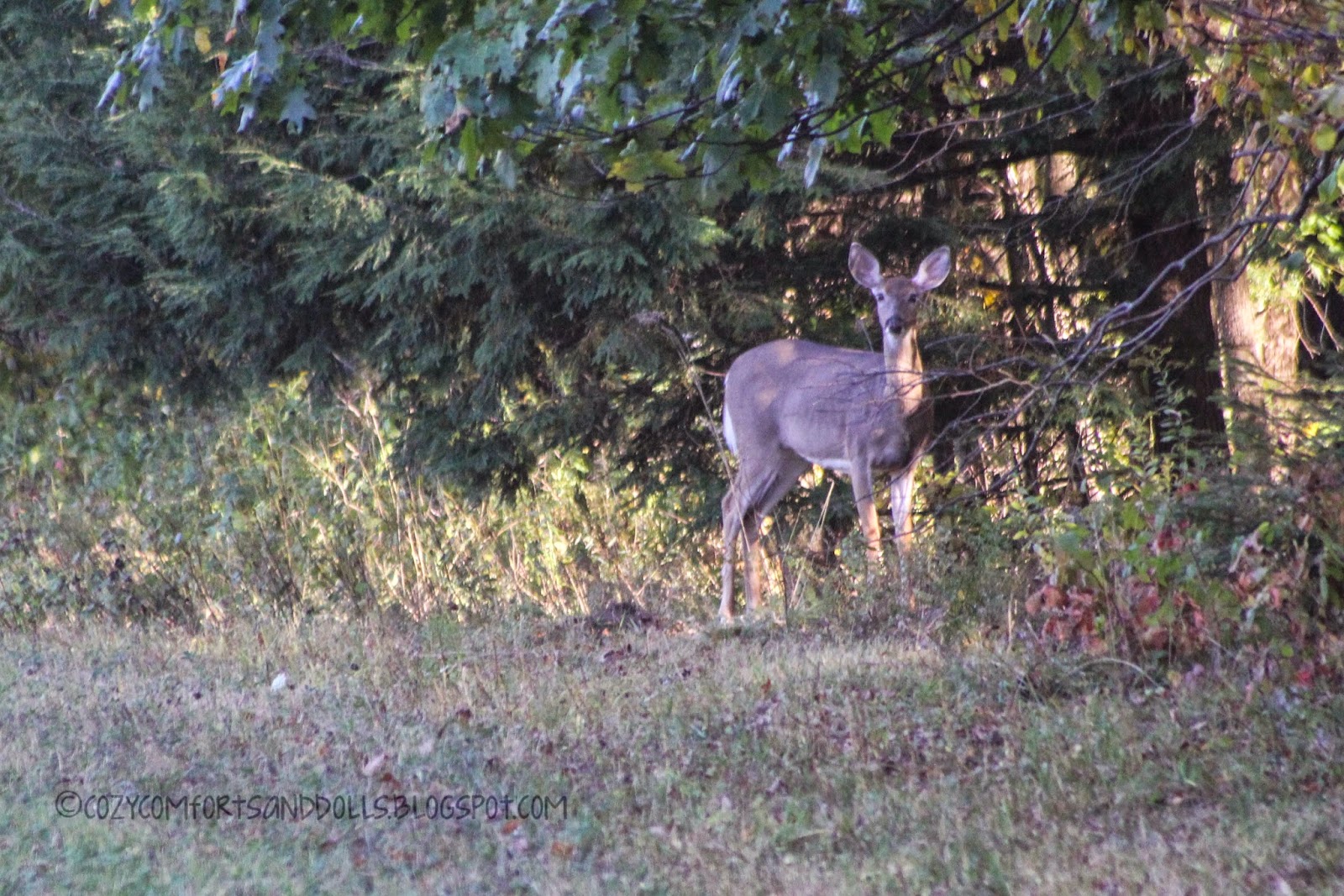 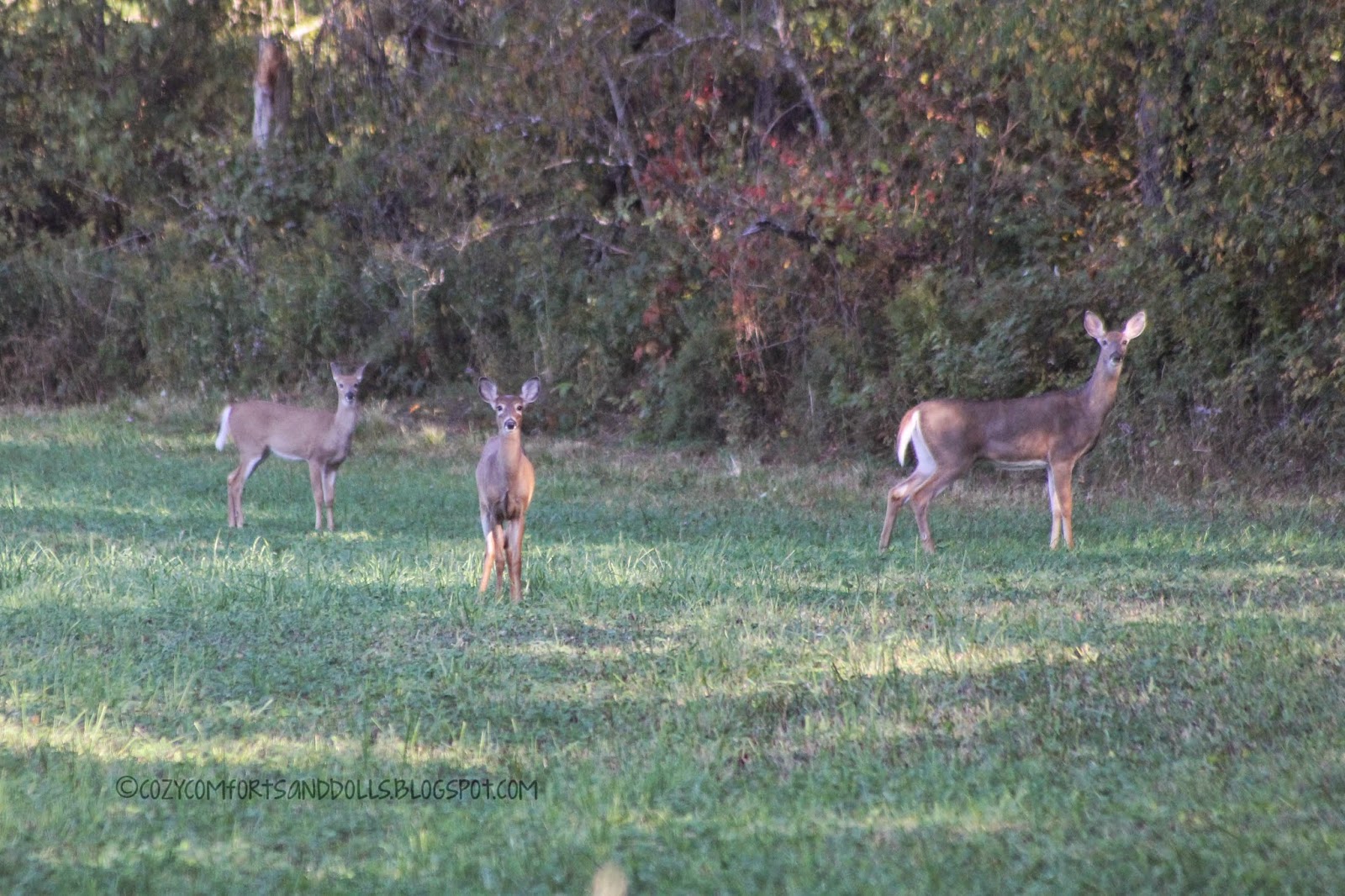 Apple's magic was starting to wear off and within a few moments, this little trio pranced off into the woods.

We love you, deer!

Next we headed back to the house and got Little Button up from her nap.  The photo shoot was still going strong so we found this little apple tree and got to it. 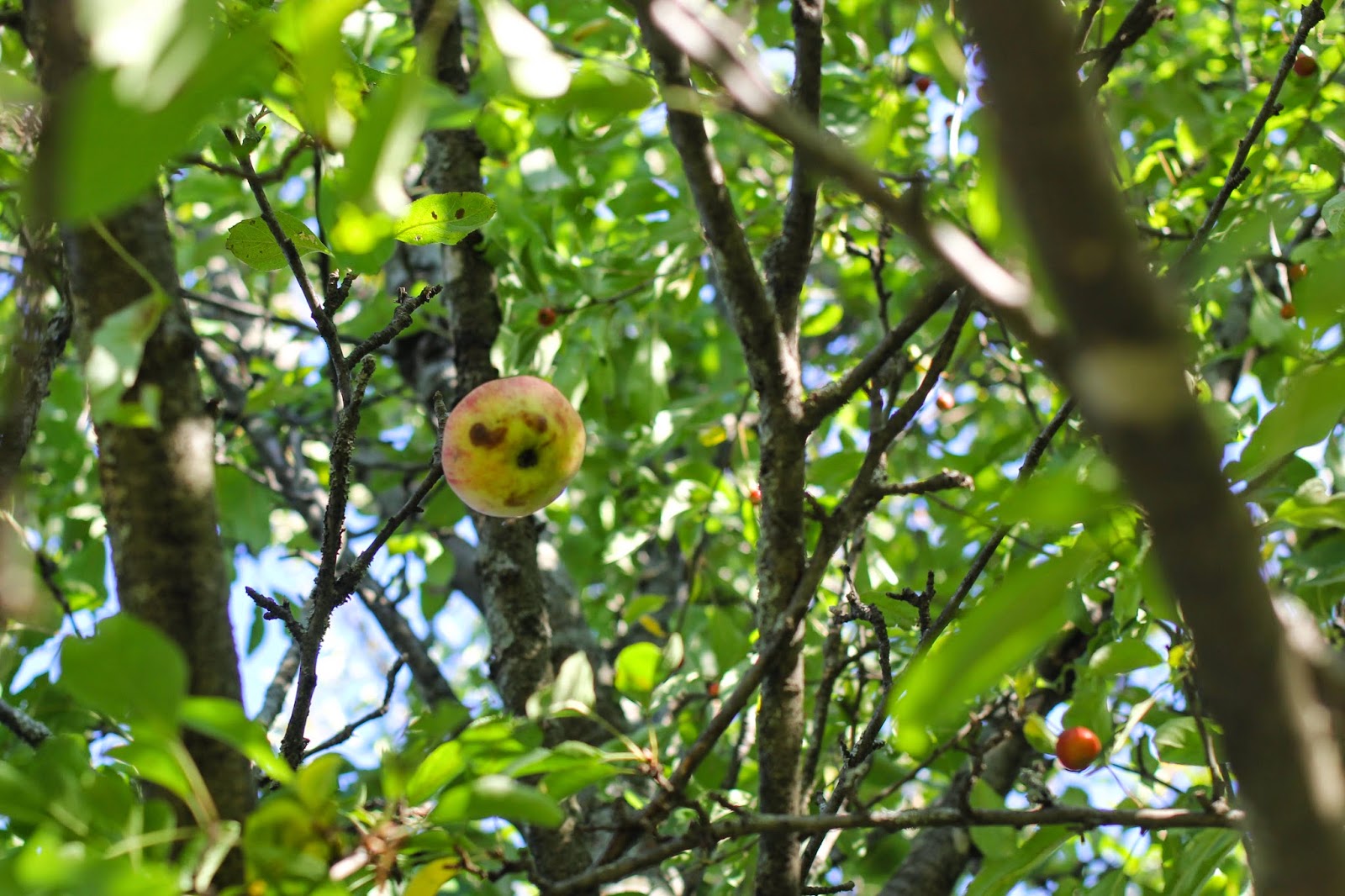 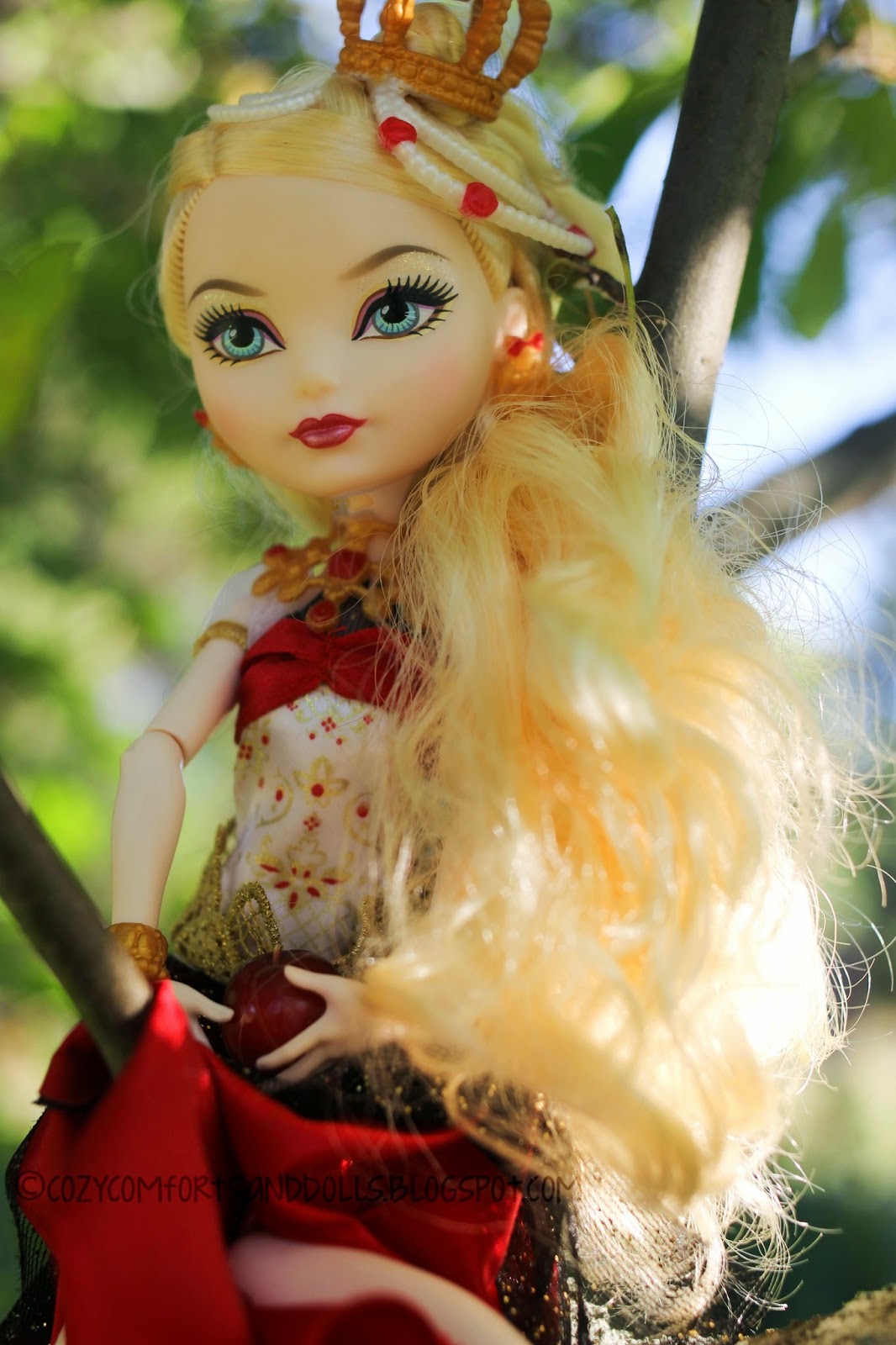 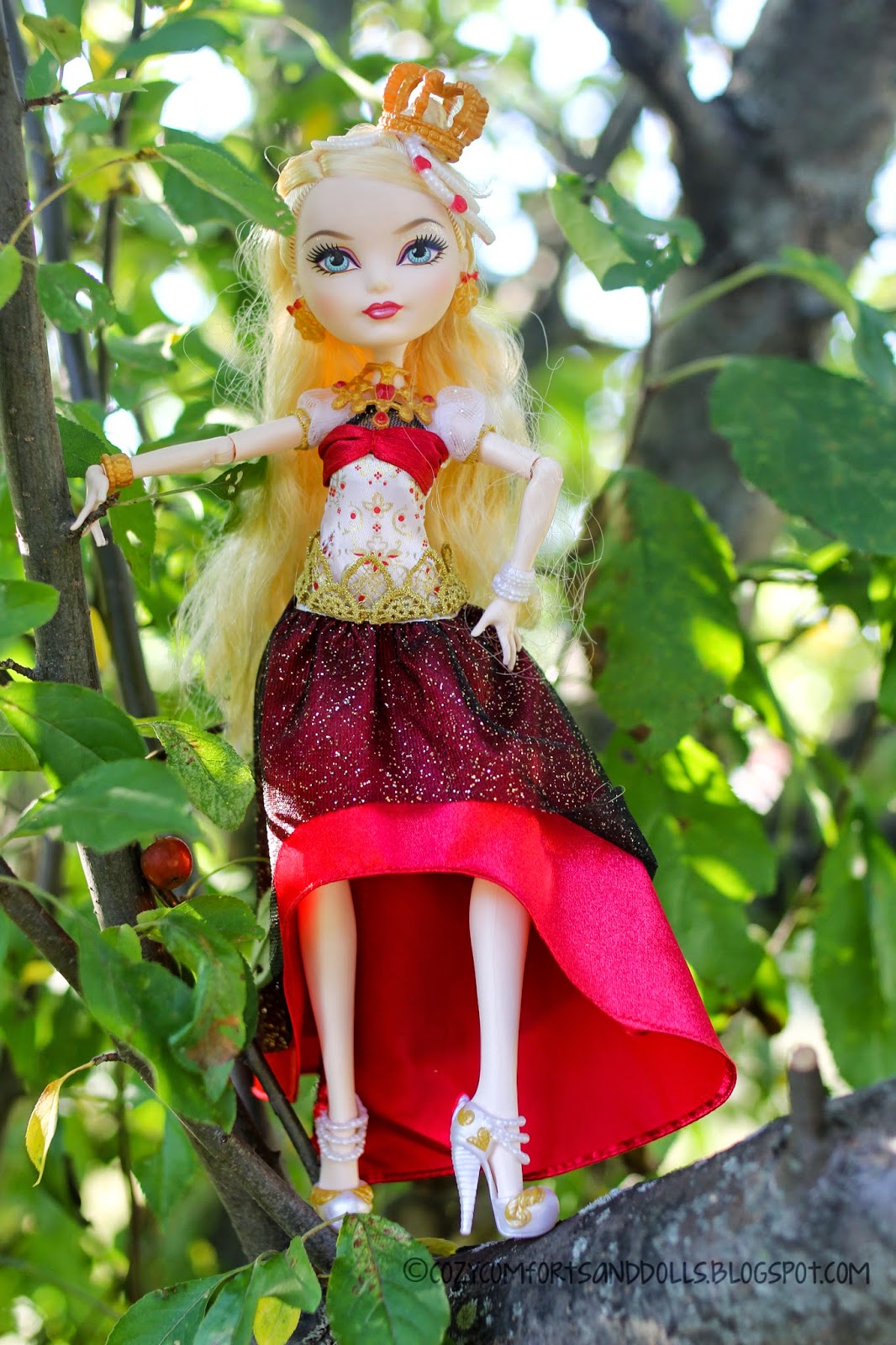 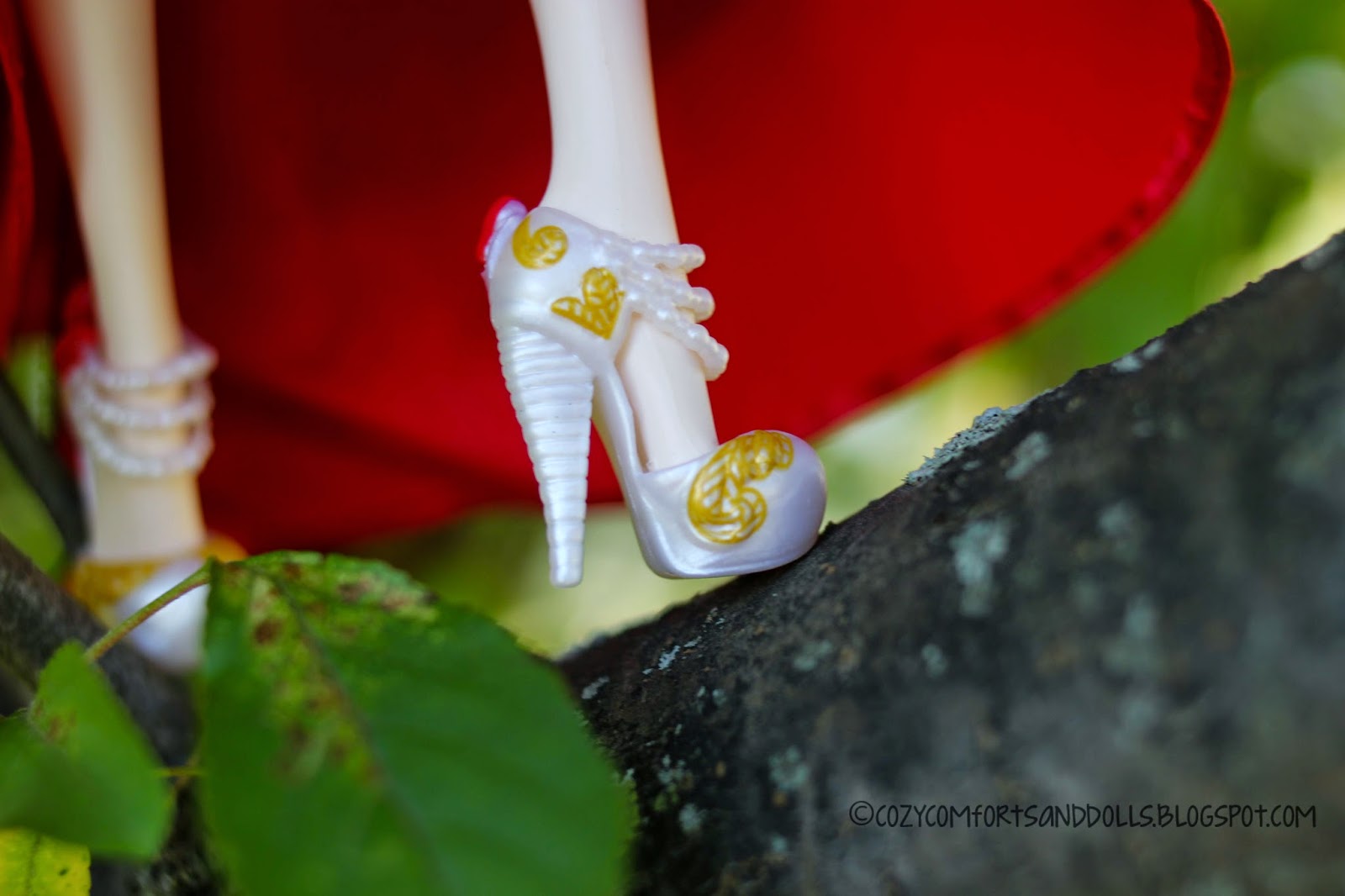 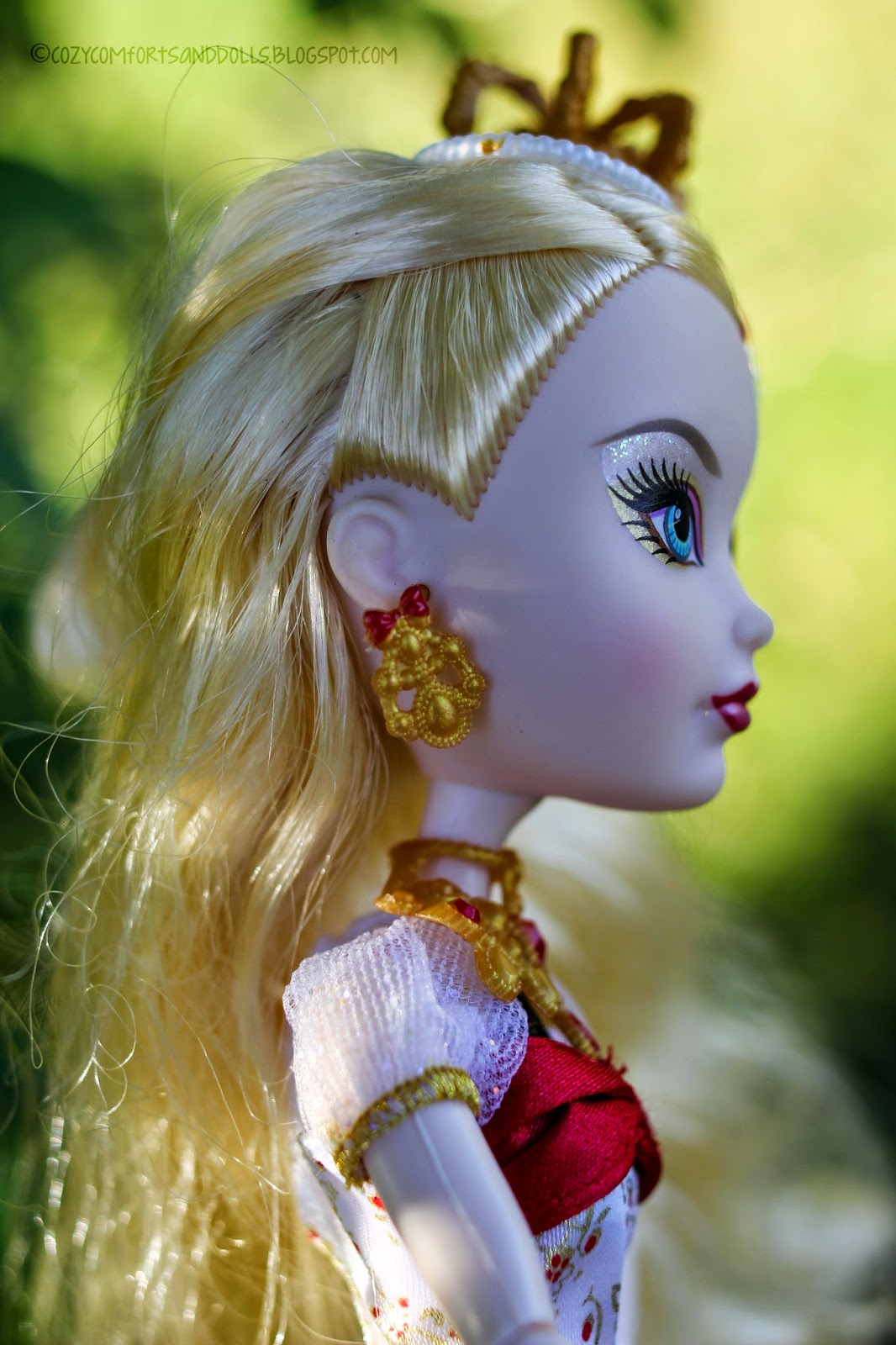 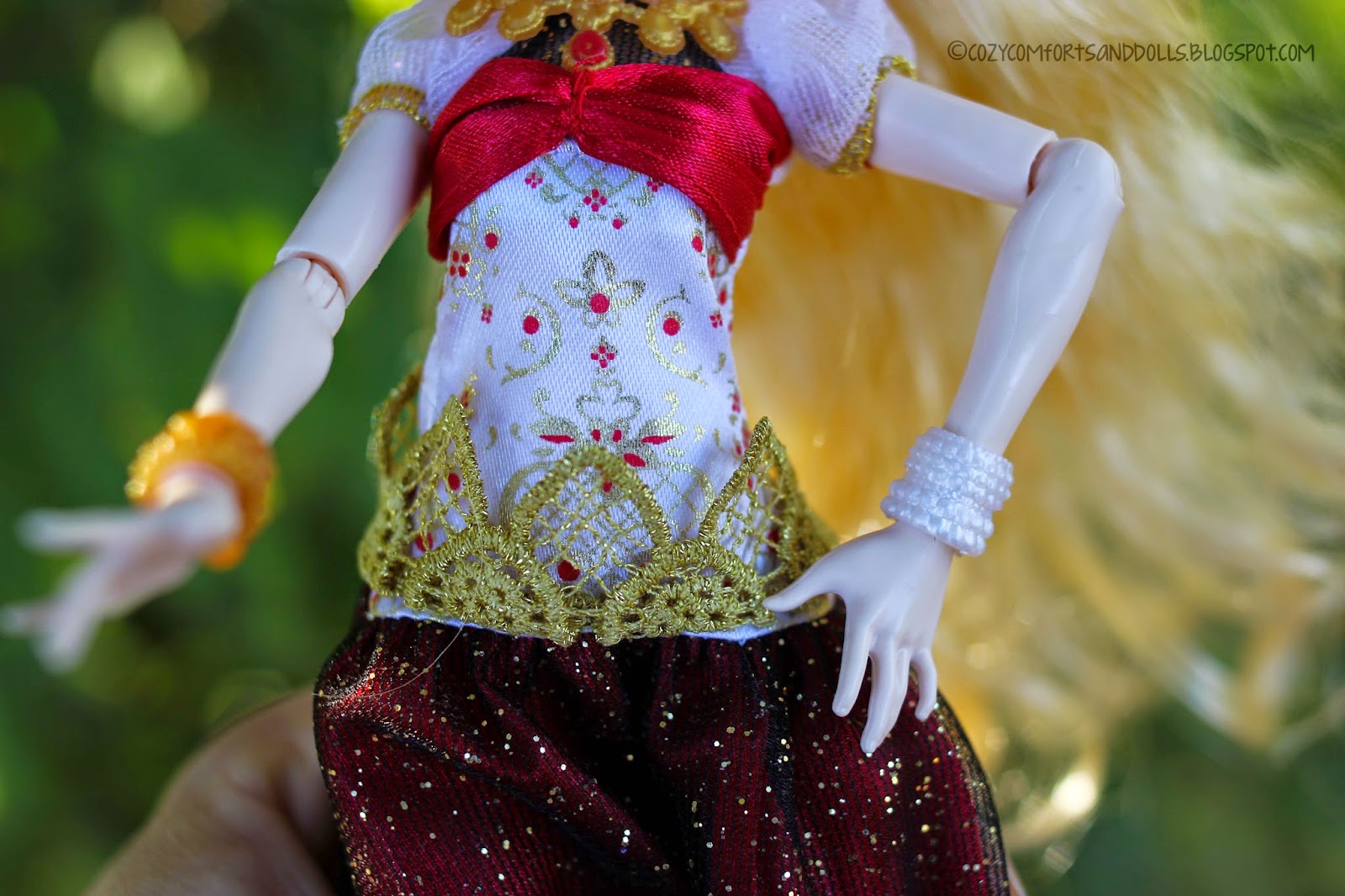 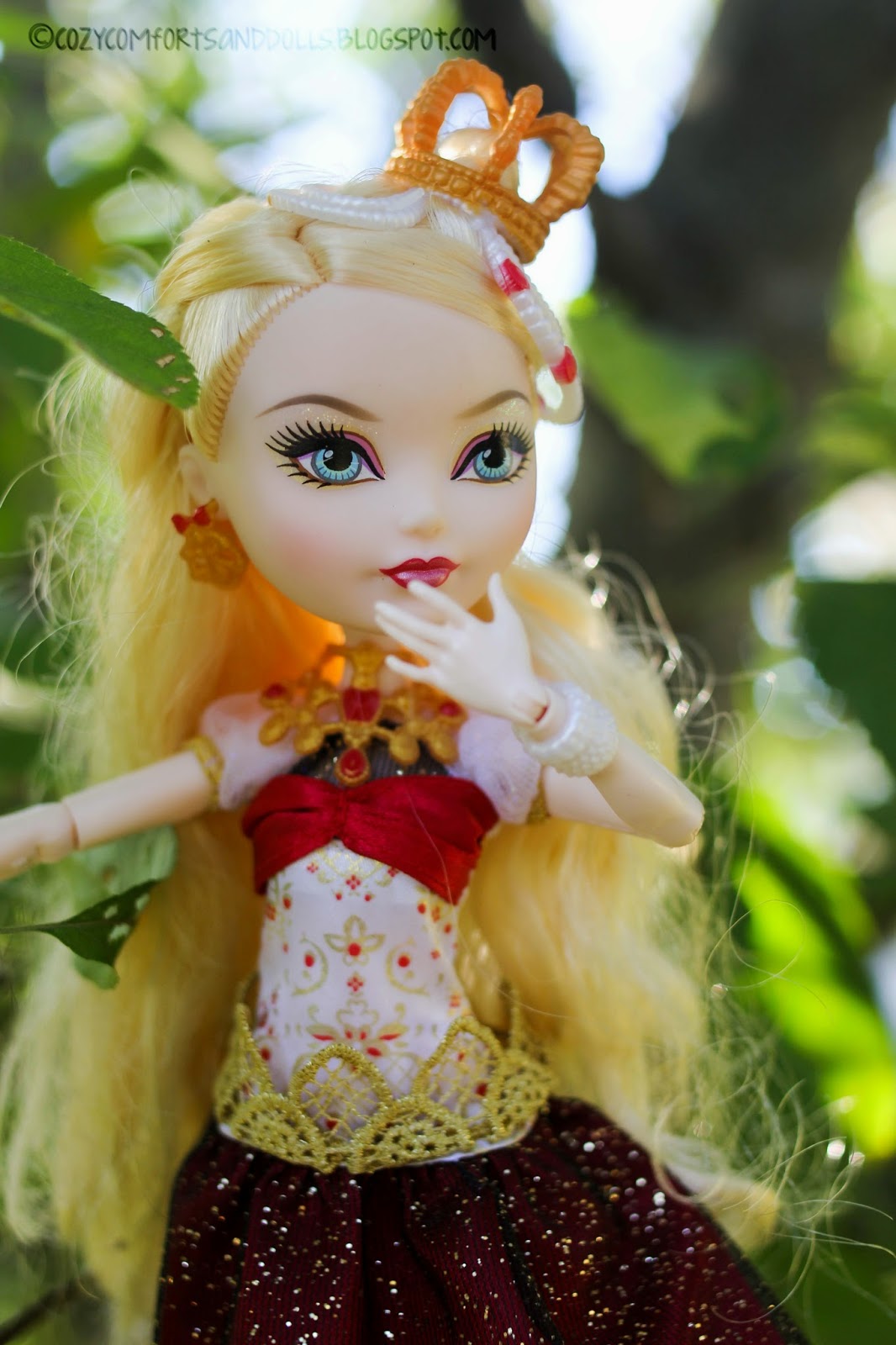 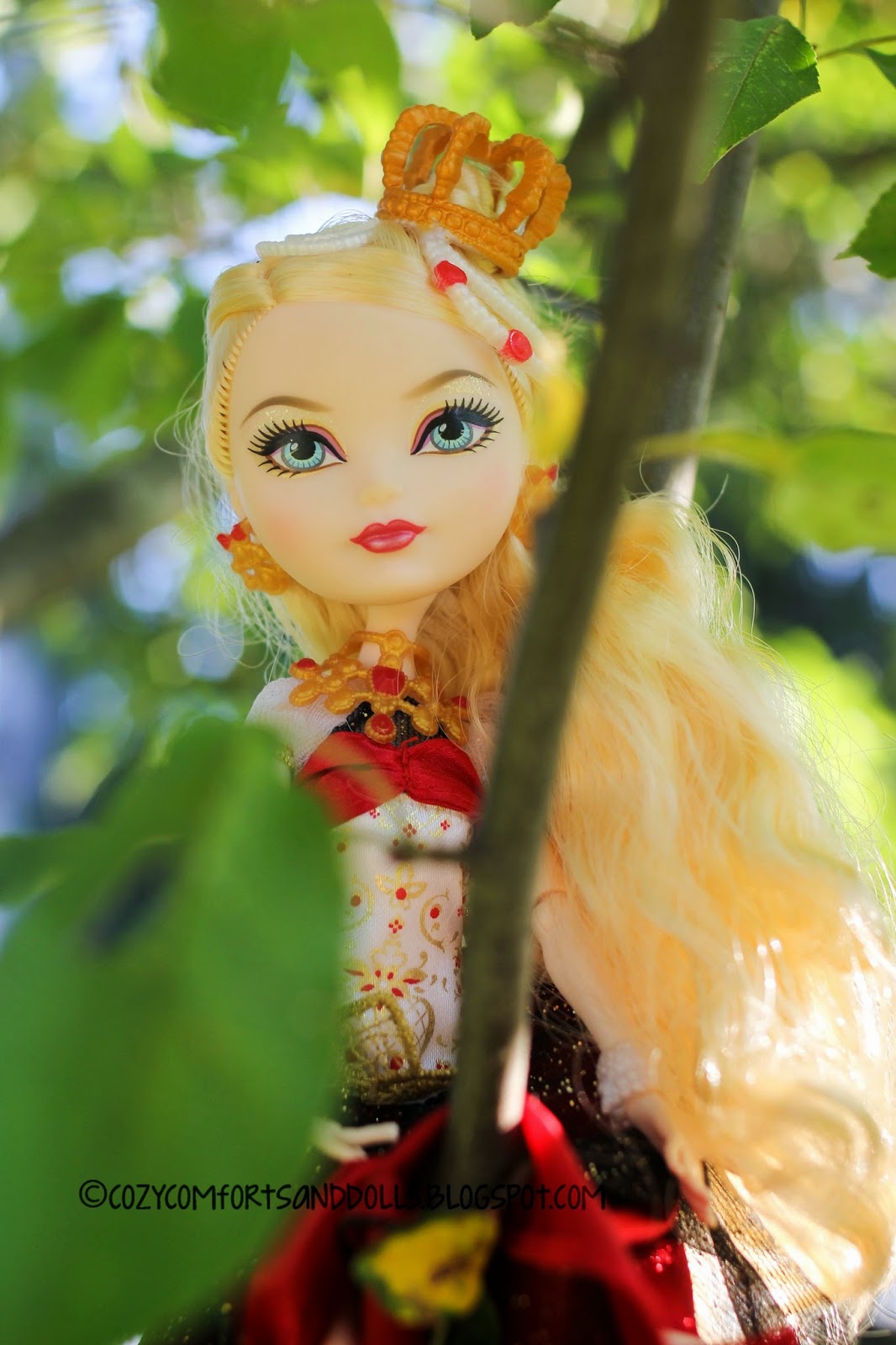 Autumn was a beautiful time here on the farm, but we are still going strong with winter at the moment.  This has been the 2nd coldest February on record my husband tells me and I completely believe him!  I am surprised February has gone by this fast though, and it's hard to believe spring will be here in 4 weeks.

Hope you have a great weekend!
Thank you, once again, and always, for stopping by.
:)  xoxo
Posted by Farrah at 10:25 PM

Email ThisBlogThis!Share to TwitterShare to FacebookShare to Pinterest
Labels: Apple White, Dolls, Ever After High