This post features the beautiful 1999 Holiday doll, which was called Millennium Princess Barbie.  She would've been released during the holiday season, so technically she also celebrates the end of the 20th century. 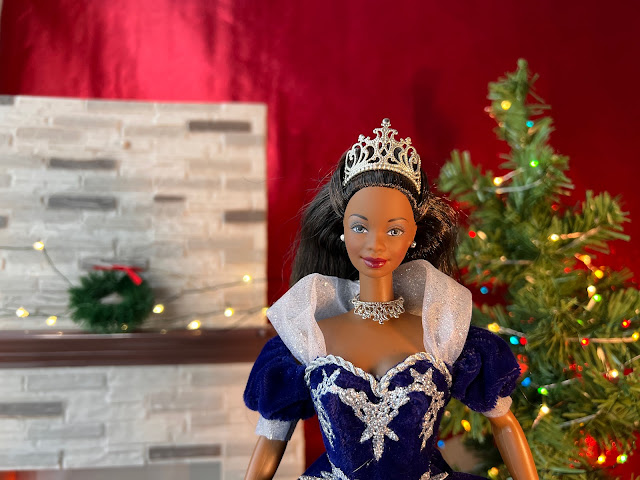 This year, they released two additional doll; the blonde Barbie with the Mackie face mold and a version in a green dress featuring Teresa! 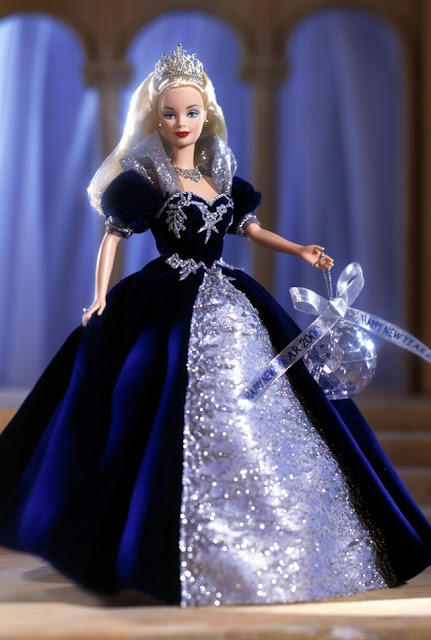 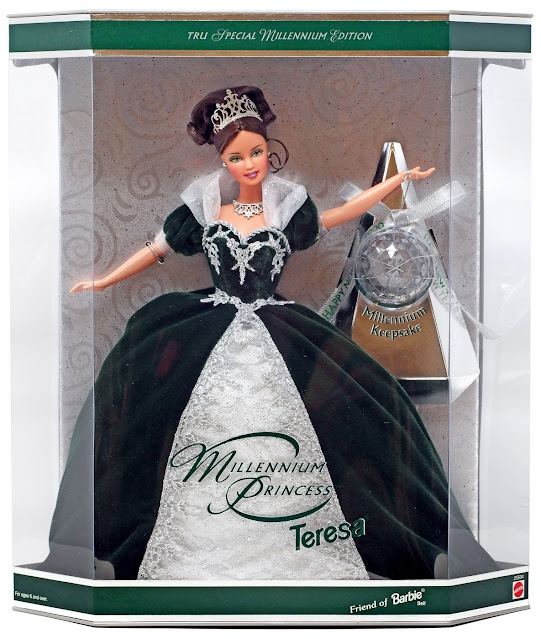 For 1999 they went with a navy blue and silver theme and she's wearing a soft velvet gown with a panel of lace and silver sparkle. 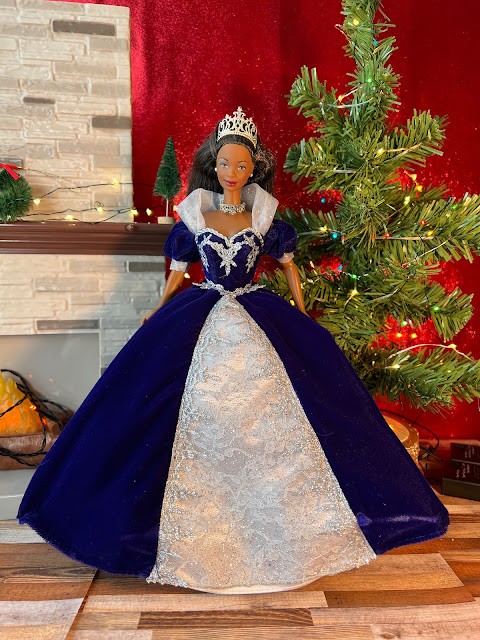 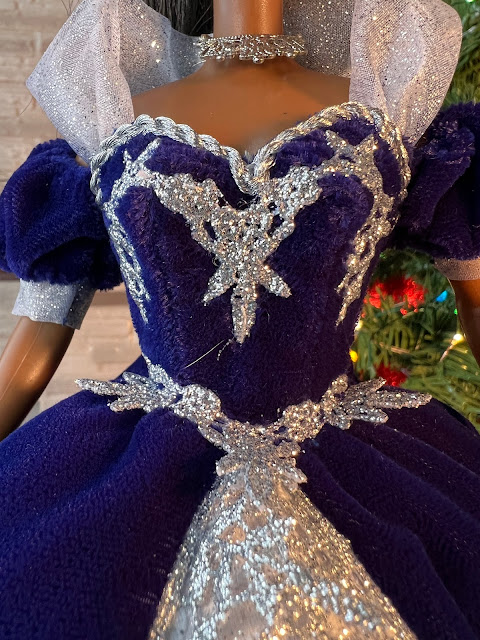 Her accessories are almost idential to the 2000 Celebration doll in the previous post, except these are in silver. 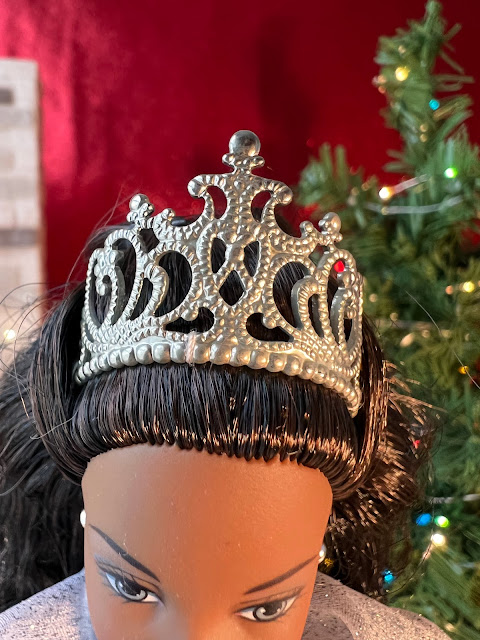 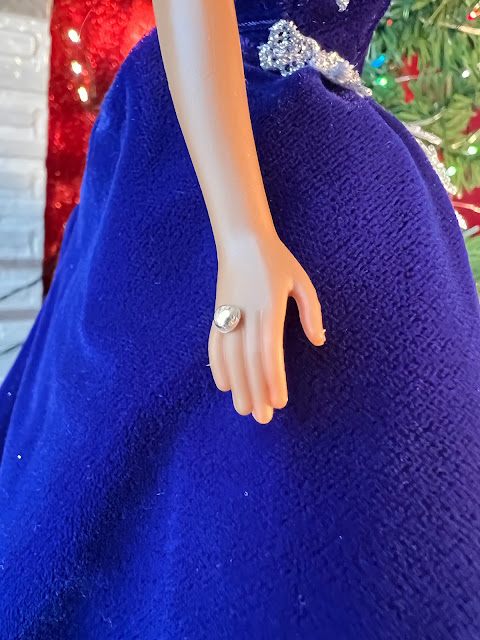 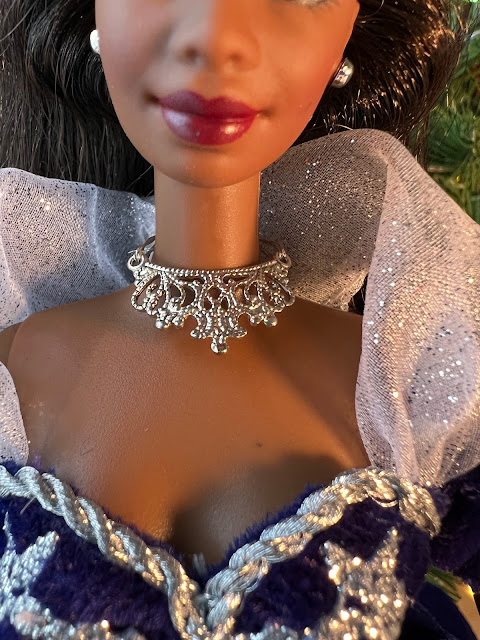 She has blue high heels and a blue brush. 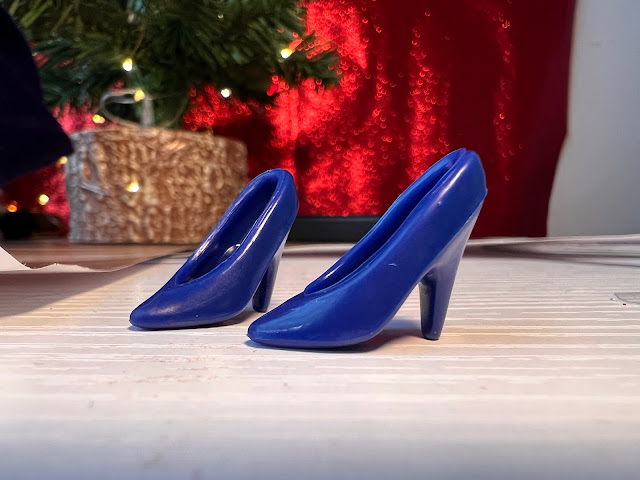 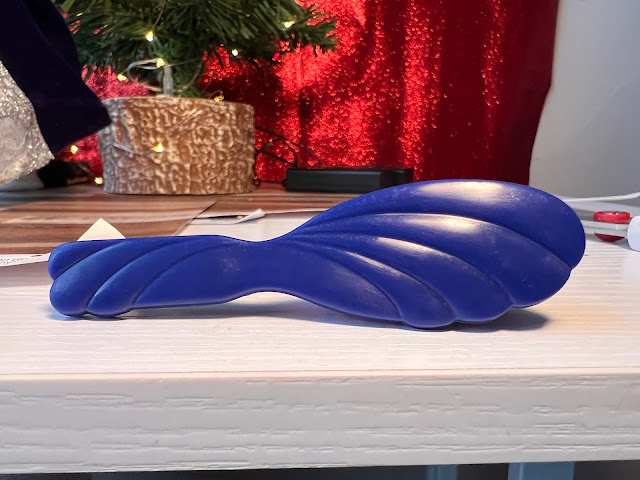 She has the cute Nichelle face mold and has very soft face paint, especially in the eyes.  Her eye color is really beautiful on her. 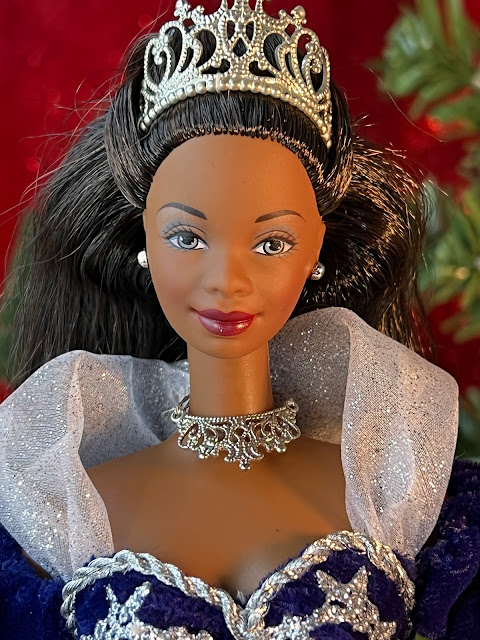 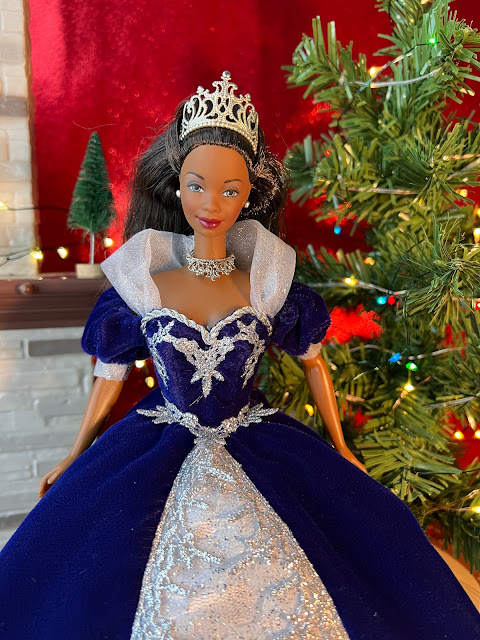 Overall, this 1999 Holiday Barbie is sweet and beautiful.  I love her beautiful velvet dress and I'm so happy to add another doll of color to my collection in this line and she is a gorgeous one, for sure!  This is my first Nichelle face mold doll and I just love her!
Did any of you collect this particular Barbie? New Years Eve in 1999 seems like another lifetime ago!
xoxo Farrah