Happy Friday! Happy 3 day weekend (even better)!  A week or two ago, I snapped a few photos of some dolls that caught my eye when I was in Walmart.  I didn't get any of them (so proud), but I thought they were all cute and wanted to share what's been in my local store.  We seem to be way behind on getting new stuff, but I'm hoping to check some different Walmarts this weekend.  I have to stay out of Target for now as it's too tempting, lol. 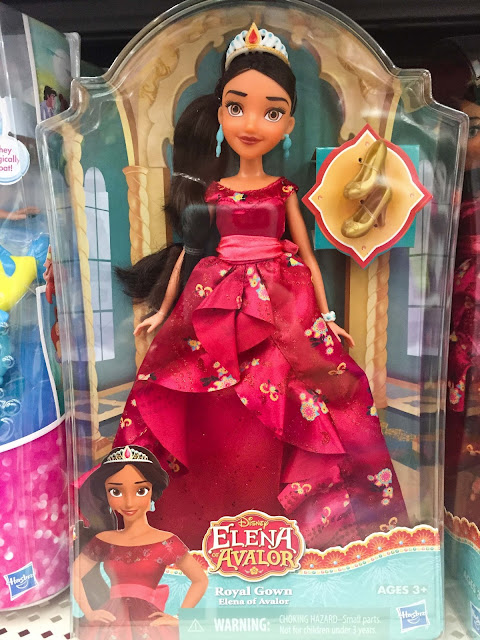 Hasbro released their version of the newest Disney Princess called Elena of Avalor.  She is the first office Latina princess and her character is featured in a new show on Disney Jr.  I LOVE her dress.  I think I like the Disney Store version of her better, though as she resembles the character much better (as is usually the case with Disney Store versions). 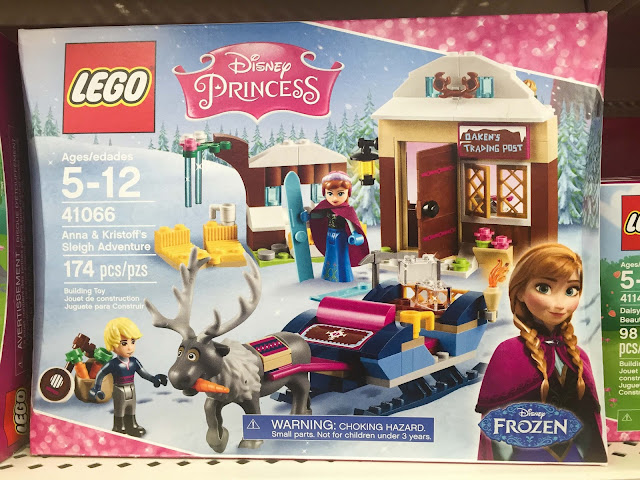 The Disney Lego sets are always tempting, but I have to pass on these.  I just found out about the new Walt Disney World Cinderella set that came out and I am holding out for that one.  That set is incredible!! 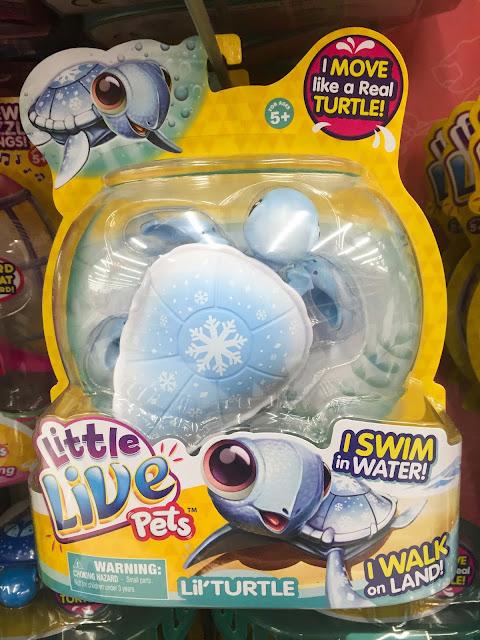 These Little Live Pets seem pretty cute.  They girls actually each got one for their birthday and they really like them.  They swim around in the bathtub and are absolutely adorable! I highly recommend these little turtles for little kids in the 4-8 range. 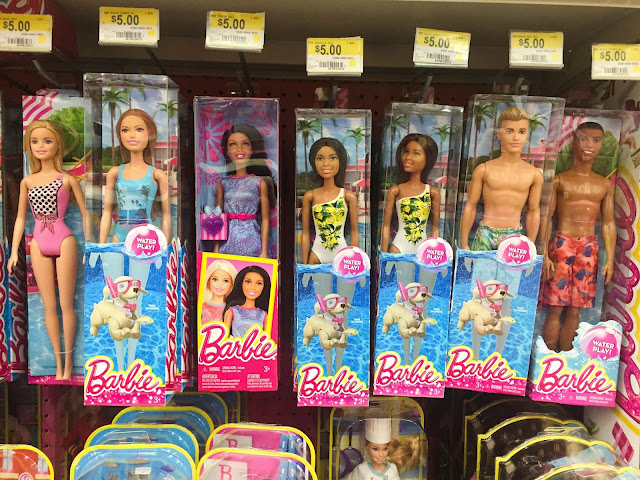 Here's a few of the $5 budget Barbies.  They are pretty cheap and I'm not interested in them as a collector at all, but my daughters love them and take them swimming all the time.  It's a great alternate for little kids rather than having them ruin a $19 Barbie. :) 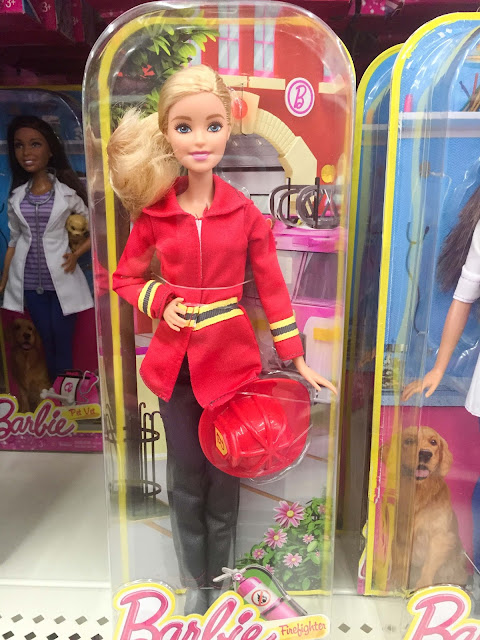 Nice puppy headlock in the back. 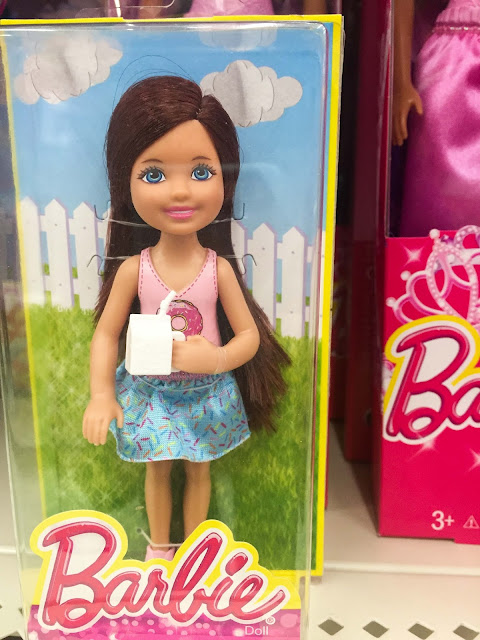 This little Chelsea doll looks like she could be Donut Top's little sister. (I hope you don't mind, that I linked that to your review of her, MonsterCrafts!) :)  I should've grabbed her, but I just don't really care for the molded tops, so I passed. She's really cute though, so.... 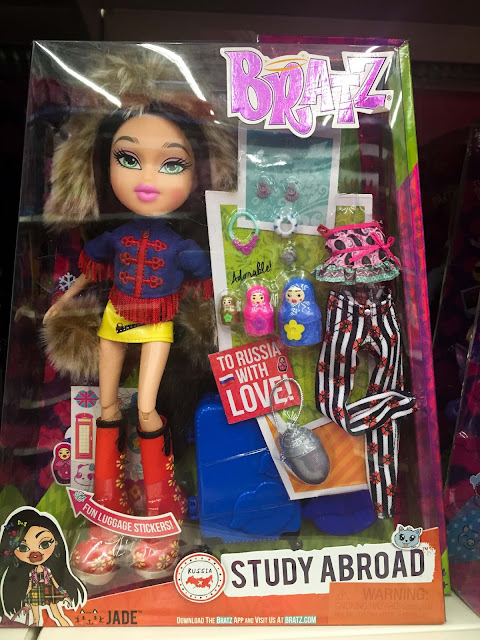 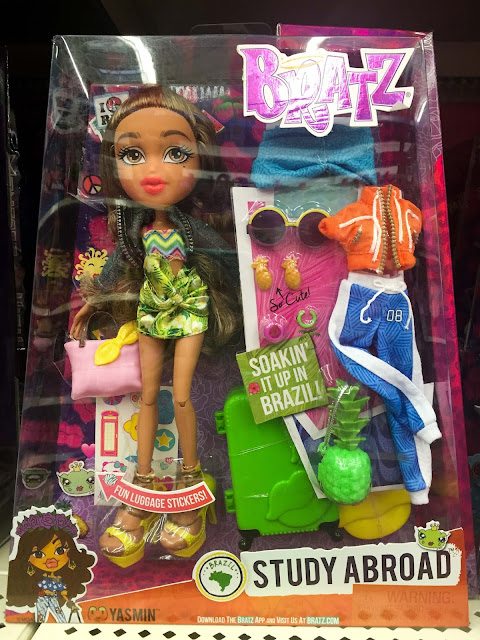 I have never really been tempted to buy a Bratz doll, but when I saw these "Study Abroad" ones, I have to say, I was interested.  I recently saw them on sale on the TRU website for $4.99 each, but I held off.  I really do not need to start another collection!  I'm trying so hard to be good!!! :) 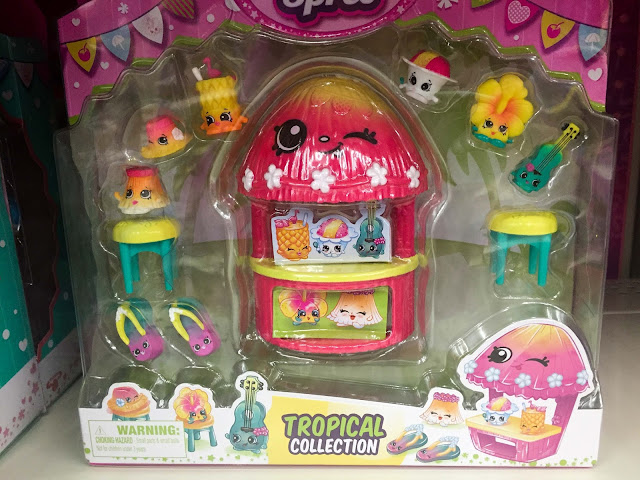 This was the also the first time that I've been tempted to buy a Shopkins set for myself.  The girls have tons of them, but I have never really cared to purchase any for myself.  I saw this one and almost crumbled...look at the little tiny ukelele!! :) 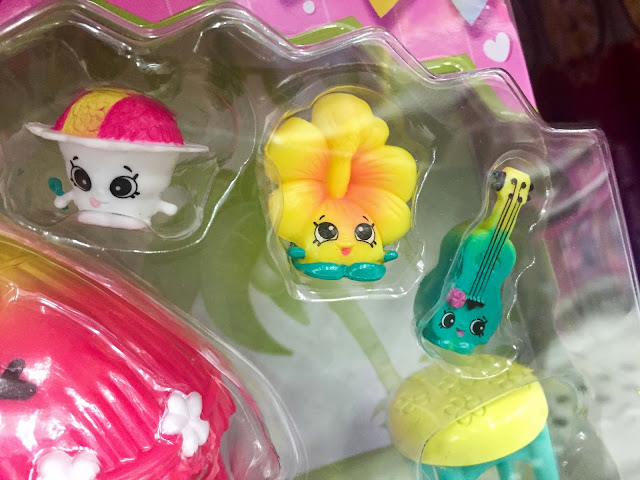 I am REALLY trying to resist buying the Shopkins Happy Places dollhouse set.  Those are seriously trying to lurk me in. 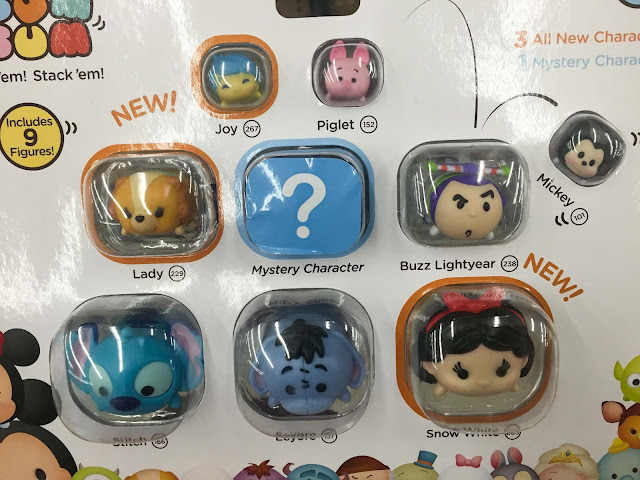 I have pretty much stopped collecting the Disney Tsum Tsum minis...I have a good batch that I'm happy with, so unless I see one I REALLY like, I am going to try not to add any more. Snow White and the tiny Joy, though are so cute! 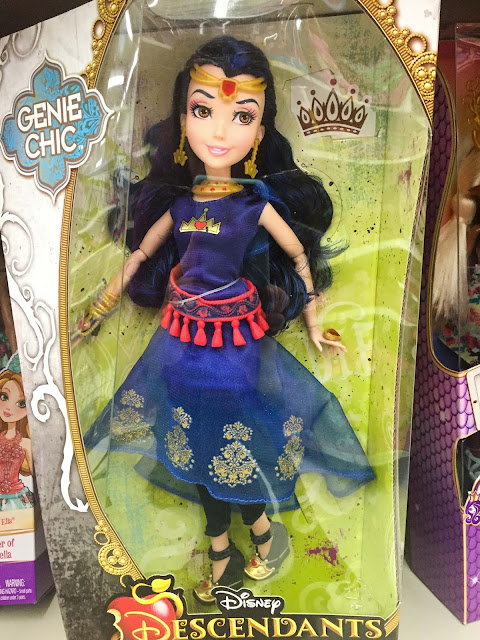 I currently do not own any of the Disney Descendant dolls.  I think they are really pretty, but again, I'm trying not to start any other collections.  If I were though, I think Evie is my favorite character.  I haven't watched the webisodes (was there a movie?), so I don't know what her "personality" is, but looks-wise, she's my favorite of the dolls. 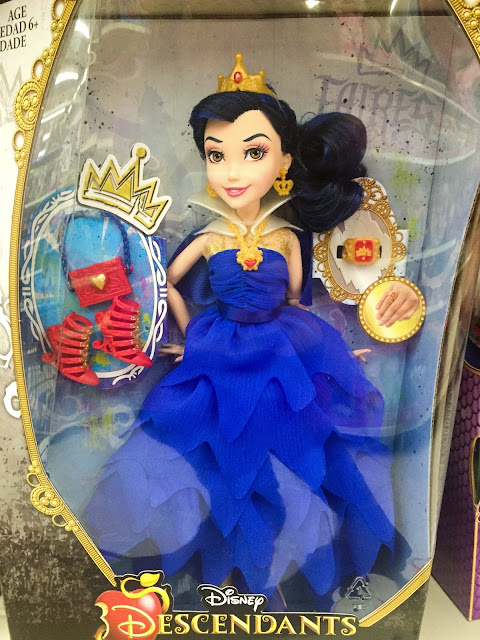 There is a new one that just came out called CJ Hook, that I really might get, though. :)
I also really like the Ally one. (!!!) 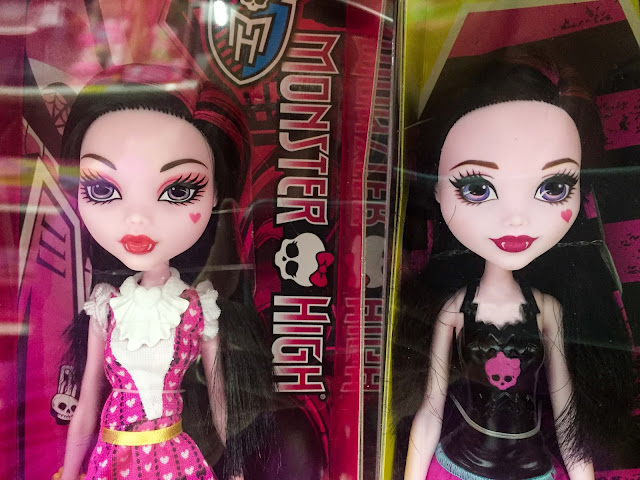 Original on the left, reboot on the right.

Of course, the new Monster High rebooted dolls are starting to filter in.  So far, I've only picked up the Cleo and Lagoona ones with their pets.  I hope to get the other ones with their pets, but those are the only ones, for now that I'm interested in.  I like some of the new faces, but not all and I don't like the non-articulated ones as they are really hard to photograph. 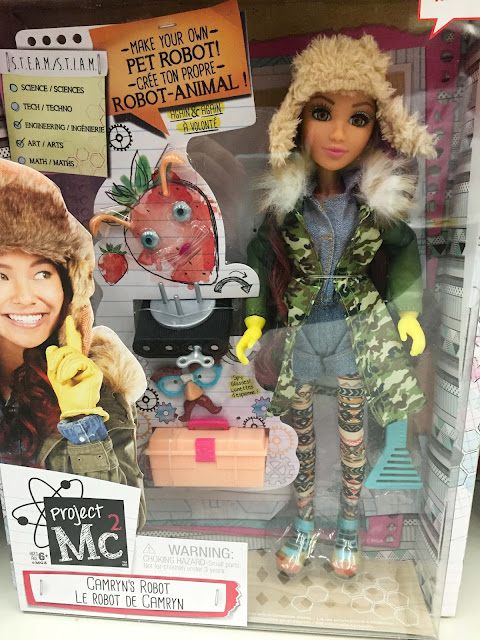 Project Mc2 has peaked my interest lately and I'd like to get one of each character at some point.  So far, it seems like there's been 3 articulated versions of each character that have been released so I'm trying to pick my favorite version of each.  I still haven't gotten any yet.  I definitely want to try to get these when they are on sale! 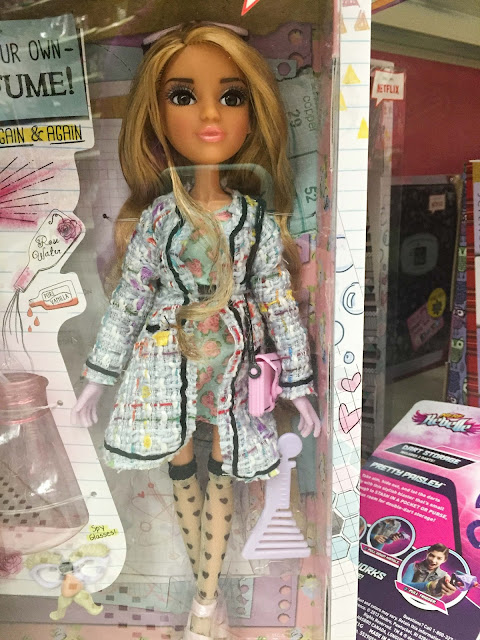 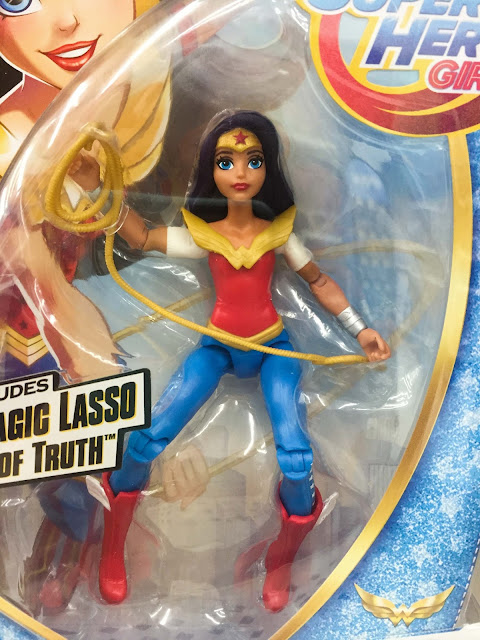 Last but not least, I've had my eye on this little DC Superhero girls action figure, which I actually did get a few days later with some money left over from a gift card I had.  I'll do a review on her shortly!

As for now, it's time for bed.  I've been watching the series Outlander on Starz all week while backing up more photos to Flickr and I have to force myself to turn it off and go to bed!  I'm so happy to have this 3 day weekend coming up.  I'm really looking forward to catching up on everyone's blogs!
I hope you all have a great weekend and talk to you soon.
xoxo Farrah
Posted by Farrah at 12:09 AM