Hi everyone!
I wanted to share some  photos of two little Monster High figurines I found at the Dollar General store a few weeks ago.
I was scouring the shelves for some little treats to give to the girls to keep them occupied during my brother's wedding rehearsal/ceremony etc. and stumbled across these two gals. 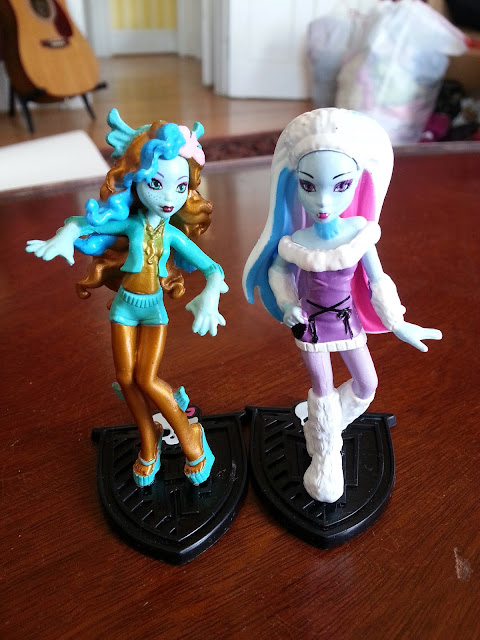 I don't remember exactly how much they were, but were in the $3-4 range.
The figures stand about 3 inches tall and are attached to little black stands.
They appear to be glued on, although Lagoona has fallen off of hers, but she has little holes in her feet that attach to pegs on the stand, so she can go right back on. 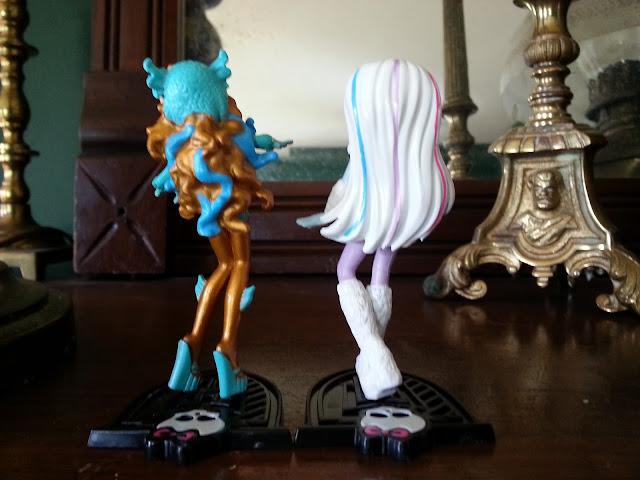 The entire figure is molded plastic with no articulation. 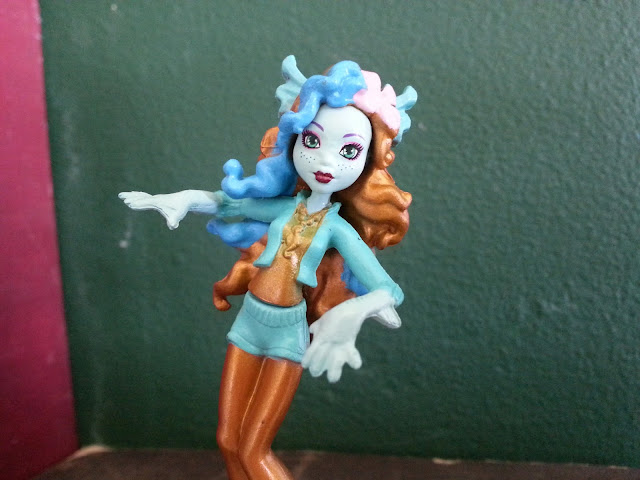 Lagoona's face is really cute and pretty well painted.  The coloring of her clothing is different from the original Lagoona, but the style is pretty similar, down to the little seahorse necklace.
I love her tiny little freckles! 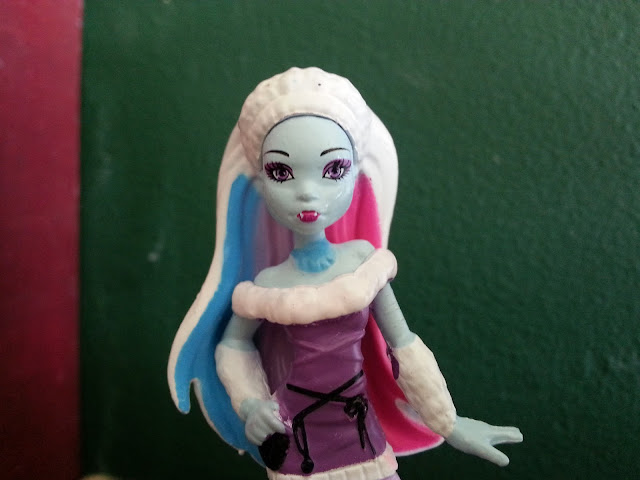 Abbey cracks me up.  I don't know if paint is missing from her lips or not, but she looks like my two year old when I tell her it's time for bed, haha. :) 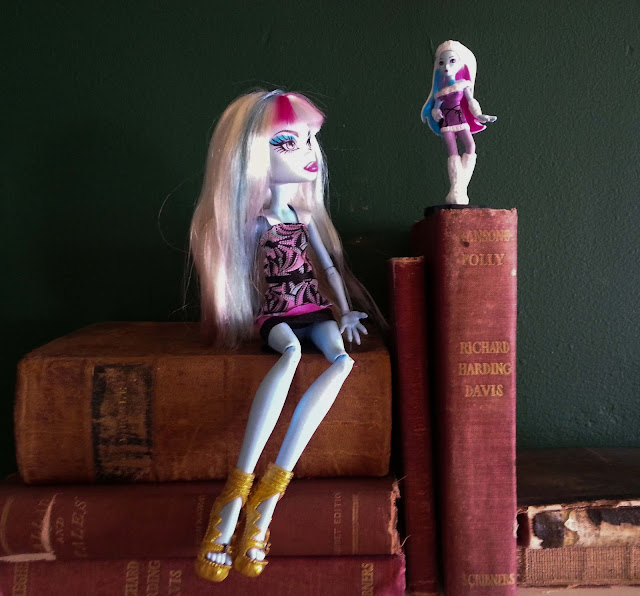 Here she is next to 12 inch Abbey as a size comparison.  She's so tiny!
They almost make perfect sized dolls for the bigger ones.
These were the only two at the store, but I believe they also had Frankie, Draculaura and Clawdeen in this line as well. 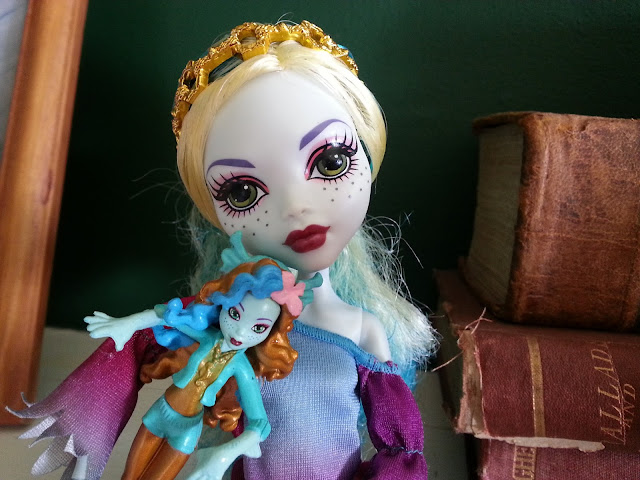 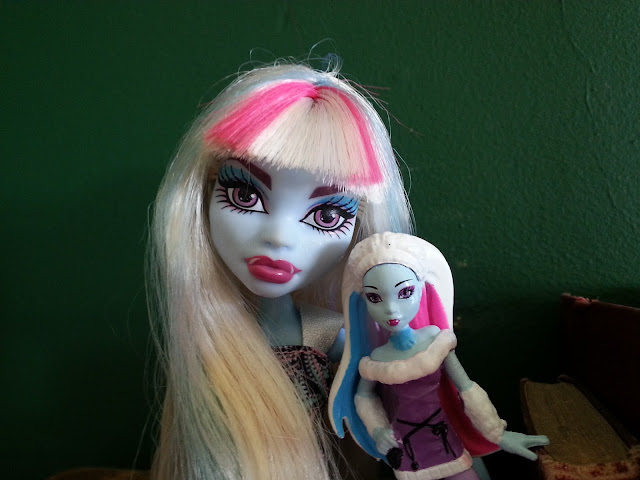 Next time you're in the Dollar Store check out the toy section because you never know what you'll find! :)